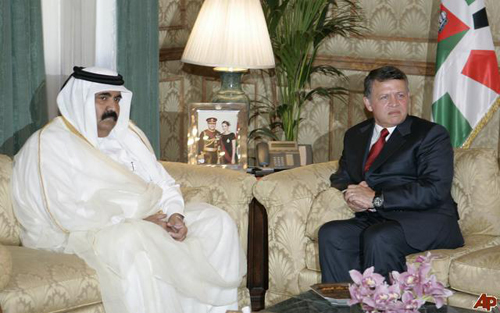 Jordan and Qatar planning to build a gas terminal in Aqaba to reduce the Hashemite kingdom dependence on gas imports from Egypt. These imports were lately disrupted by terrorist attacks targeting the pipeline carrying Egyptian gas to Jordan and Israel.  Jordan, which depends on Egyptian natural gas to operate its power stations, has been badly affected by such sabotage acts, prompting the suspension of gas supplies.
The alternative multimillion dollar project Amman is planning to carry out next year with the help of the oil-rich gulf country, includes a number of reception terminals in Jordan.