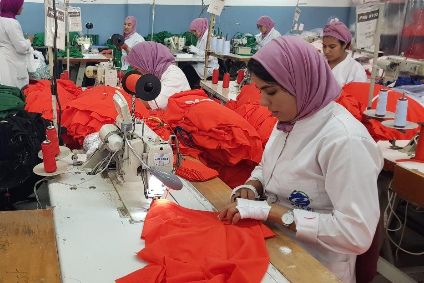 World’s leading textile companies are migrating from traditional Asian manufacturers for closer markets including Morocco also exhibiting favorable conditions, reports say.
Several brands from the European Union, UK and the U.S have been establishing deals with Moroccan companies in the textile industry to outsource them as they away from their Asian partners.
Spanish brand Mango and group Inditex as well as French group Camaïeu, have already established connection with Morocco local producers, local media Media24 notes.
Logistical costs, the downturn caused by the pandemic and the increase of salaries in China, Mohammed Boubouh President of the Moroccan Association of textile and clothing industries (AMITH) told Media24, can induce the western textile giants look for more favorable partners.
AMITH former President Karim Tazi confirmed the trend and called on the Morocco private and public sectors to seize the opportunity.
“The recovery is undeniable, we feel it. Northern European players, such as the British, are arriving in droves to learn about the Moroccan offer and capabilities. Distributors who used to buy exclusively in Asia are now shopping in Morocco,” he also told Media24.
“There is a great demand today. It must be accompanied by a willingness on the part of the private sector and public authorities to take advantage of this momentum. This is a unique opportunity. We have not known in Morocco, since the 1980s, an opportunity as important to become a major textile player,” he added.
With the trend, the kingdom of Morocco is set to become a major stakeholder in the global textile industry but several hurdles are still standing in the way. For Boubouh there is a need to provide credit insurance for the Moroccan producers to ease the export process.
Tazi on the other hand Moroccan textile companies which are largely specialized in packaging should step up and become producers of finished products.
He suggested the creation of textile aggregators in the kingdom as they constitute the connecting between subcontracted producers and the distributors.
These aggregators have a know-how that traditional manufacturers do not have, he stressed adding that the Moroccan manufacturers lack several expertise including creativity, marketing, logistics, technical development.
The kingdom though attractive, is facing daunting competition from the Turkey is also a favorite outsourcing market for the global textile leaders.
“When a Turkish manufacturer buys a Chinese fabric, it exports to Morocco with zero customs duty. While the same Chinese fabric, when purchased by a Moroccan industrialist, makes him pay 12.5% of customs duties. We are taxed not only at the purchase, but also at the sale on the value added,” Boubouh explains while highlighting the steady devaluation of the Turkish Lira – favorable factor for export.
Tazi on the other hand argues that Turkey’s superiority on Morocco also lies in the commitment to decarbonize their products and establish environment-friendly textile companies.