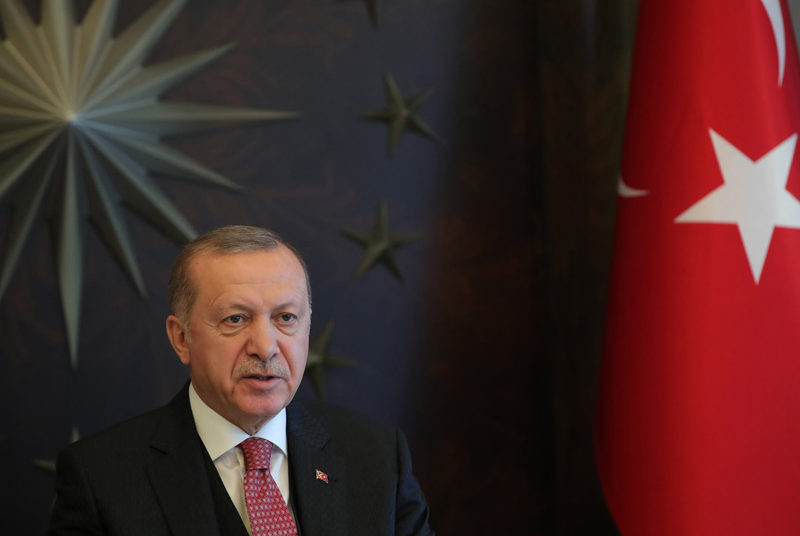 Turkish President Recep Tayip Erdoğan will start from October 17, a four-day diplomatic tour of Africa that will take him to Angola, Nigeria and Togo.
The first step of the tour is Angola after hosting in July the leader of the African country João Manuel Gonçalves Lourenço. During their meeting, the Turkish President pledged to visit Luanda as part of efforts to boost cooperation and trade between the two countries.
“After the U.N. General Assembly (this September), we will pay a return visit to Angola with a group of businessmen. We want to start high-level visits between the two countries,” Erdogan said at the July meeting.
Nigeria will play host to Turkish leader on October 18-19. Erdogan received in October 2017 the Head of state of the African giant Muhammadu Buhari, nearly one year after the Turkish leader visited the oil-rich African country.
The last top of the tour will be Togo. Prior to the visit, Erdogan and Faure Gnassingbe held a telephone conversation in August. Both leaders, Daily Sabah notes, discussed bilateral relations.
Both countries have developed security cooperation. Erdogan, the Turkish media notes, stated that cooperation with Togo in the field of defense would have a multiplier effect in the development of relations.
A group of business people will follow the Turkish leader during visit to Lomé, the media adds.
The tour will precede the third Turkey-Africa Partnership Summit to be held in Istanbul on Dec. 17-18. Several African heads of States, ministers are expected in the attendance for the event be graced by the Turkish leader. Ankara in recent years has stepped its foray in Africa. The African Union made Turkey in 2005 an observer of the organization.