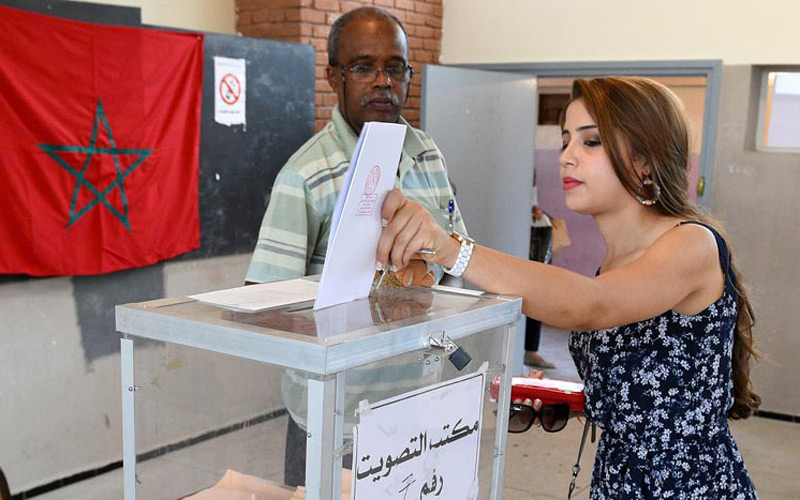 Despite the constraints linked to the Covid-19 pandemic. Moroccans are preparing to go to the polls this Wednesday, September 8, for the legislative, regional and municipal elections which are being held in a rather favorable context.
The 2021 elections are followed very closely by countries and foreign organizations as they are taking place in Morocco, a country which succeeded in managing crisis situations from the Arab Spring to the COVID-19 pandemic.
The strategic initiatives and the royal directives of King Mohammed VI in the socio-economic and diplomatic fields propelled the country onto the international scene.
The King’s reign will always be marked by the recognition of the United States of Moroccan  sovereignty over Western Sahara and the support of several countries, many of which re-confirmed their support by the opening of consulates in the Sahara cities of Dakhla and Laayoune. The opening of these consular representations dealt a blow to neighboring Algeria, which stubbornly continues to support the Polisario, an entity involved in jihadist terrorism in connection with Iran.

Morocco, a stable country throughout history, has become a regional hub for foreign investors in aerospace production, avionics, automobiles, the medical sector, agribusiness, tourism, and others.

According to analysts, the economic and diplomatic boom cannot be attributed to the Islamist Justice and Development Party (PJD) which has been heading the government since 2011. Actually, the PJD leaders try to hold back the country’s progress in some issues, such as the emancipation of women. Likewise, they are opposed to the establishment of diplomatic relations with Israel, at a time several states, ruled by Islamist parties like Turkey, have economic and even military-strategic cooperation with the Hebrew State.

Regardless of the results of the ballot box, Morocco, an ancestral country, with deeply rooted traditions, is and will always remain a legendary country for its friends as well as for its enemies.