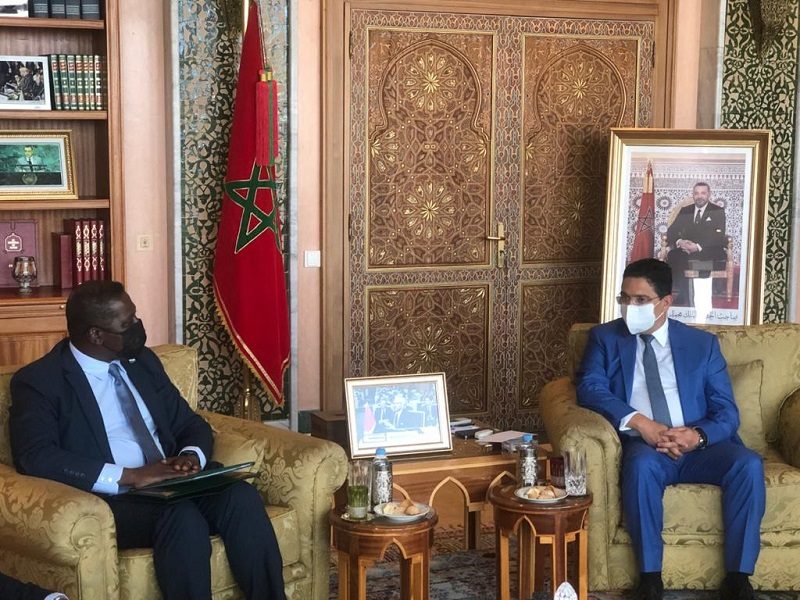 David Francis, Minister of Foreign Affairs and International Cooperation of Sierra Leone, announced on Thursday in Rabat that his country will open a consulate general in Dakhla, in the southern provinces of Morocco.

During a joint press briefing with the Minister of Foreign Affairs, African Cooperation and Moroccans Abroad, Nasser Bourita, David Francis explained that “In view of the distinguished relations between our two countries, Sierra Leone will proceed with the official opening of an embassy in Rabat and a consulate general in Dakhla,”

He also confirmed that for Sierra Leone, “the Sahara is a territory under the sovereignty of Morocco,” and highlighted the “special” aspect of the relations between the two countries, driven by the two Heads of State, HM King Mohammed VI and President Julius Maada Bio, who are working to strengthen these credible and long-standing links.

For his part, Bourita welcomed the announcement of Sierra Leone to open a consulate general in Dakhla, stressing that through this decision, relations between the two countries are now experiencing a “qualitative leap”.

“This is the 25th consular representation to open in the southern provinces of Morocco in recent months”, noted Bourita, adding that “this attests to the continued support at the international level, especially at the African level, to the Moroccanness of the Sahara”.

During their meeting, the two parties signed a roadmap for cooperation between Morocco and Sierra-Leone with the aim of consolidating bilateral relations in several areas.

The signed document is related to the fields of education and training, technical cooperation, economic promotion and investments and cooperation in the field of security. The roadmap also covers the exchange of official visits.