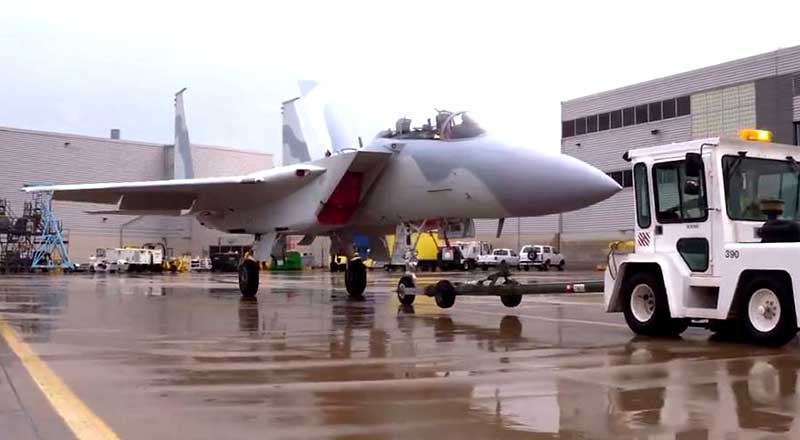 Qatar Wednesday received the first batch of the new generation F-15 combat aircraft, produced by the United States and Boeing, Al Jazeera reports.
The delivery ceremony took place at Boeing’s headquarters in the US state of Missouri.
Qatari Minister of State for Defense Affairs Khalid bin Mohamed Al Attiyah in attendance indicated that the acquisition will help boost the Gulf country’s defense system adding that the new aircraft have better combat specifications and are faster than the older F-15s.
“The rollout of the F-15QA is momentous, not just in terms of capability but also in terms of the enhanced partnership it represents,” US media reported General Greg Guillot, commander of 9th Air Force, as saying at the event.
“The relationship the United States shares with Qatar is critical to the stability and security of the central command area of responsibility, and we are grateful for our coalition partners continued focus on building interoperability and combined readiness,” he added.
Qatar signed in 2017 a deal with the US to buy at least 30 aircraft equipped with the latest technical means. The new F-15QA fighter jets according to expert are among the best in terms of speed and maneuverability during offensive and defensive missions.
Per the deal, Boeing is providing maintenance and logistics support for the Qatar F-15QA program during pre-delivery pilot training.
The aircraft manufacturer will equally establish and operate an aircrew and maintenance training centre for the Qatar Emiri Air Force at Al Udeid airbase through 2024 while also providing in-country spares and logistics support once aircraft are delivered.