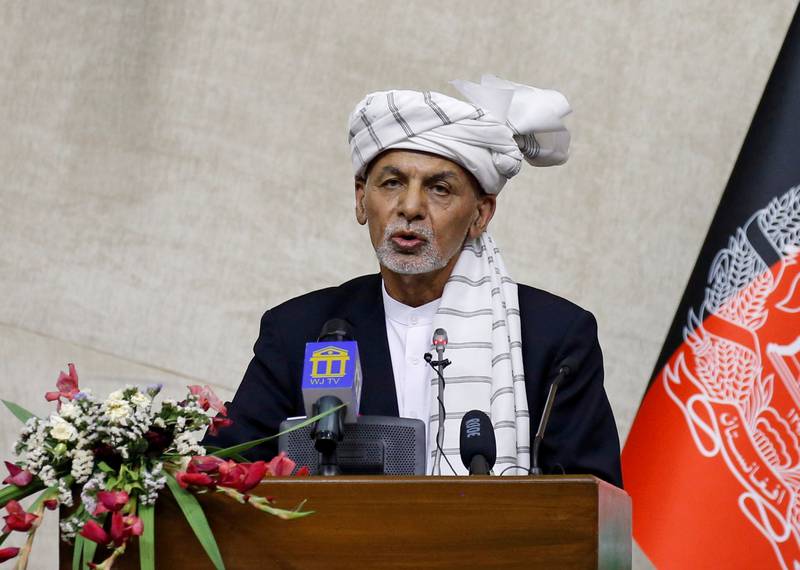 “The UAE Ministry of Foreign Affairs and International Co-operation can confirm that the UAE has welcomed President Ashraf Ghani and his family into the country on humanitarian grounds,” WAM said.

Mr Ghani departed Afghanistan on Sunday amid discussions with the Taliban regarding a potential transitional political arrangement.

On August 15, the Taliban surged into Kabul having taken key cities in the preceding days including the vital northern trading centre of Mazar-i-Sharif and the eastern city of Jalalabad.

The UAE had affirmed Tuesday that it was “closely following recent developments in brotherly Afghanistan,” stressing the need to urgently achieve stability and security in the country, WAM had reported.

The Foreign Ministry had expressed its hope that Afghan parties will exert all efforts to achieve security, stability and development in Afghanistan to meet the hopes and aspirations of its brotherly people.