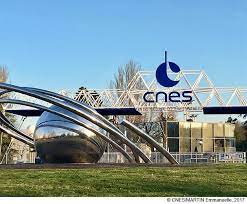 Saudi Arabia’s space program leaders have met with French and British counterparts as the kingdom seeks to establish partnerships to the expansion agenda, Arab News reports.
Abdullah Alswaha chairman of the board of directors of the Saudi Space Commission, the media notes citing state-run news agency SPA, met in Paris on Monday with the head of Space Systems at Airbus, Jean-Marc Nasr, CEO of the Communications and Systems Group Eric Blanc, and the chairman of the board of directors of the Himmeria Group, Philippe Gautier.
In Paris, Alswaha sought to enhance cooperation between the two countries in the field of space. Prior to the trip to France, the alswaha was reportedly Friday in Britain to enhance potential cooperation in innovation and space economy between the two countries, and build partnerships in the telecommunications sectors.
He met with 80 British companies in relevant fields. The delegation also in London, reviewed available investment opportunities, the competitive advantages that the Kingdom enjoys as a digital and logistical platform and a hub for connecting continents, and the possibilities in the field of research, development, innovation and the space economy, the media say.