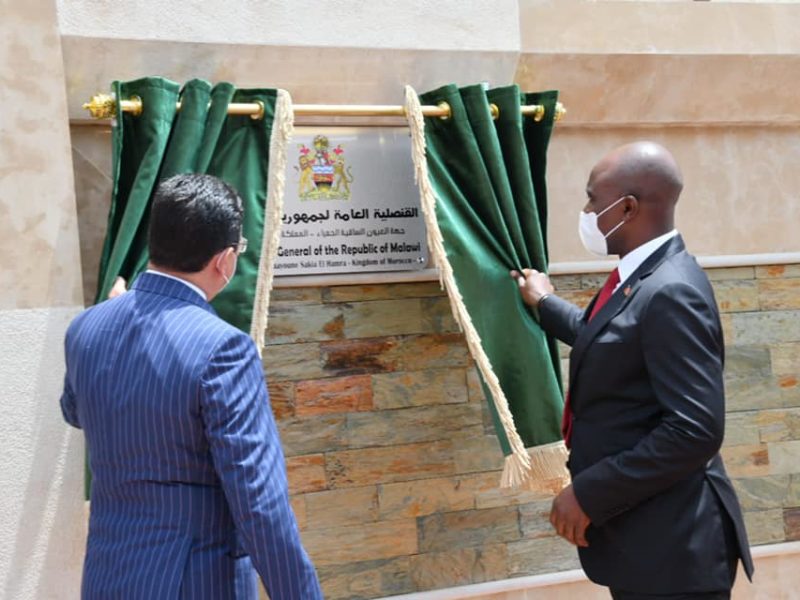 Malawi has opened on Thursday a consulate general in Laayoune, consolidating thus the Foreign consular fabric in the Moroccan Saharan city.

This inauguration translates Malawi’s strong and steadfast backing to Morocco’s sovereignty over its Sahara and its territorial integrity.

Mr. Nduwa Mkaka had announced Tuesday from Rabat that his country will also open an embassy in Morocco.

Malawi has thus joined the club of African, Arab, and Caribbean countries which have already set up diplomatic representations in Laayoune or Dakhla since end of 2019.