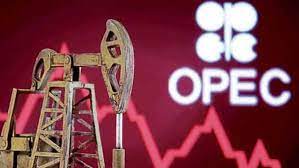 In Africa, Nigeria and Algeria could also see their ceilings increased.
OPEC has been losing momentum for the past few years and is struggling to establish itself as it did in the 1970s. When the United States, which is not part of the cartel, began to increase its own oil production, OPEC had to call on third countries such as Russia to jointly decrease the oil supply on the market and stabilize the price per barrel.