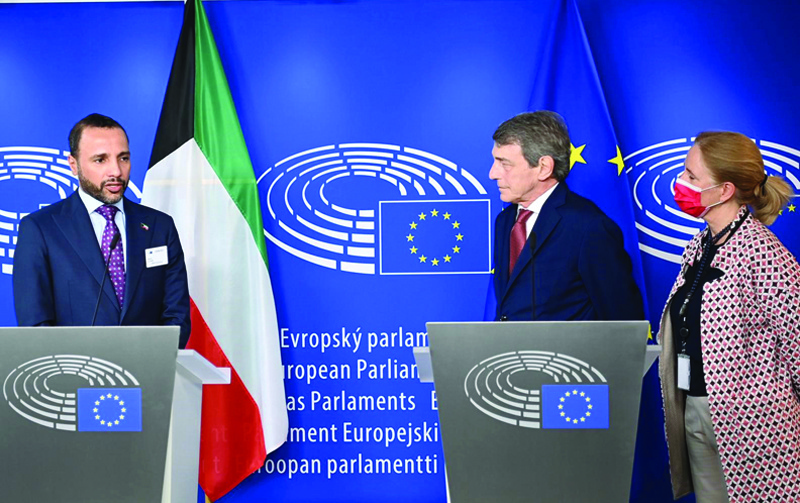 Kuwait will “soon” host talks between lawmakers in the Arab Gulf and their counterparts in the European Union, a speaker of the Kuwaiti legislature has said, state-run news agency KANU reported.
Marzouq Al-Ghanem, the agency said, made the announcement while visiting Wednesday Brussels where he met with the European Parliament chief David Sassoli.
The summit whose dates have not been revealed, will discuss bilateral relations, matters of mutual concern chiefly the Palestinian cause, which requires urgent action on the part of the international community to cease “Zionist abusive practices” against the Palestinian people, Al Ghanem reportedly said.
Sassoli welcomed the Gulf country’s efforts towards peace and security in the region. Kuwait is known as one the hardcore champions of the Palestinian cause and a major peace broker in the region.
It early this year contributed to the reconciliation between Qatar and Saudi Arabia-led group that severed ties with the tiny gas-rich country for almost four years.