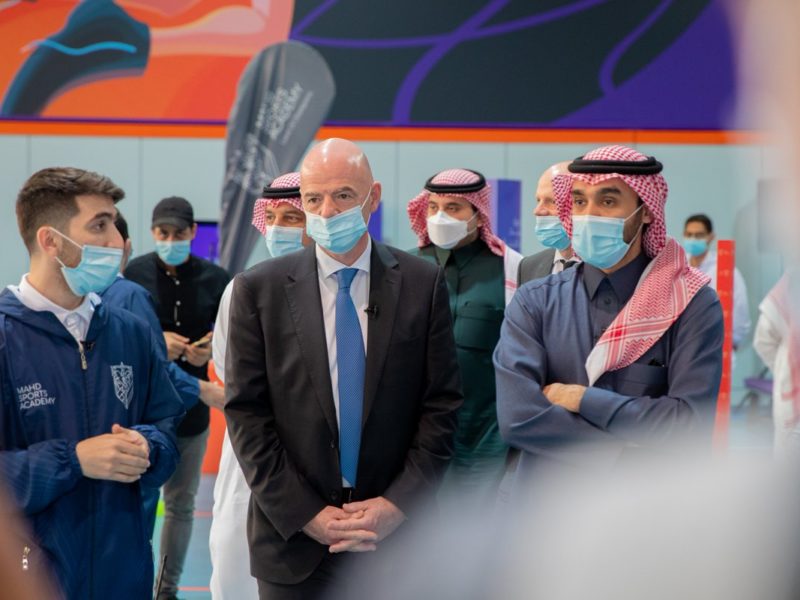 The kingdom of Saudi Arabia approved Tuesday the creation of Mahd Sports Academy, expected to foster the next generation of sports talents for the Gulf country.
Launched last year in July, the academy according to Sport Minister Prince Abdulaziz bin Turki Al-Faisal, is a dream step for Saudi Arabia, with the nation now focused on creating world-class Saudi talent that will make their country proud, Arab News reports.
It will identify gifted boys and girls aged between 6 to 12 in two ways: the first via elementary school, where more than 10,000 PE teachers alongside scouts will be training and looking for players respectively. The second stage involves the chosen ones joining the talent discovery center, which the country aims to have 44 of by the end of 2025, including 1.7 million participants.
Saudi Arabia has made sports a cornerstone of its modernization process in line with its 2030 vision. The Arab country has introduced a set of reforms including diversity and inclusion of women in an unprecedented move.
The country has also hosted a number international sports events including the Supercoppa Italiana, Formula E, heavyweight boxing as well as golfing and tennis tournaments.