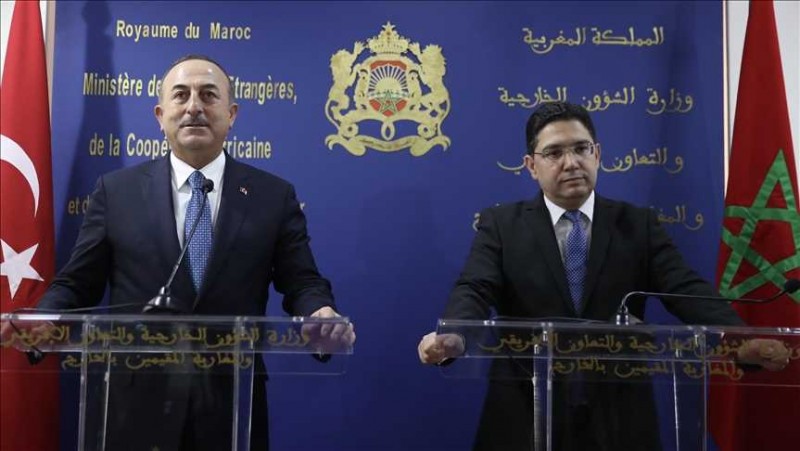 Morocco and Turkey have voiced their shared determination to bolster their partnership, particularly in the economic and investment field, to strengthen their diplomatic relations, and to carry on coordination and consultation on issues of common interest, in particular on Libya, the Middle East, and the Mediterranean.

This shared resolve was expressed by the Moroccan and Turkish Foreign Ministers, Nasser Bourita and Mevlüt Çavuşoğlu, during talks they held on Tuesday by videoconference.

The Turkish official seized this opportunity to hail the leadership of King Mohammed VI and to commend Morocco for its role as a pole of stability and development in the region.

During the talks, the two officials expressed satisfaction at the excellent relations of friendship and cooperation binding the two countries and stressed the need to reactivate the partnership mechanisms, through the organization of new sessions of the political dialogue and of the Joint Commission.

They also agreed on the need to consolidate economic partnership through the establishment of an investment promotion roadmap focusing on new value chains.

In this vein, they announced the organization, on the sidelines of the coming meeting of the Joint Commission, of an economic forum that will be dedicated to trade and investment.

The two ministers also discussed the health situation and the efforts made by their respective countries to fight the pandemic. They decided, in this connection, to mutually recognize the COVID-19 vaccination certificates issued by the two countries’ health authorities.

Exchanging viewpoints on a number of regional and international issues, they pledged to continue coordination and consultation on issues of common interest, in particular on Libya, the Middle East and the Mediterranean.