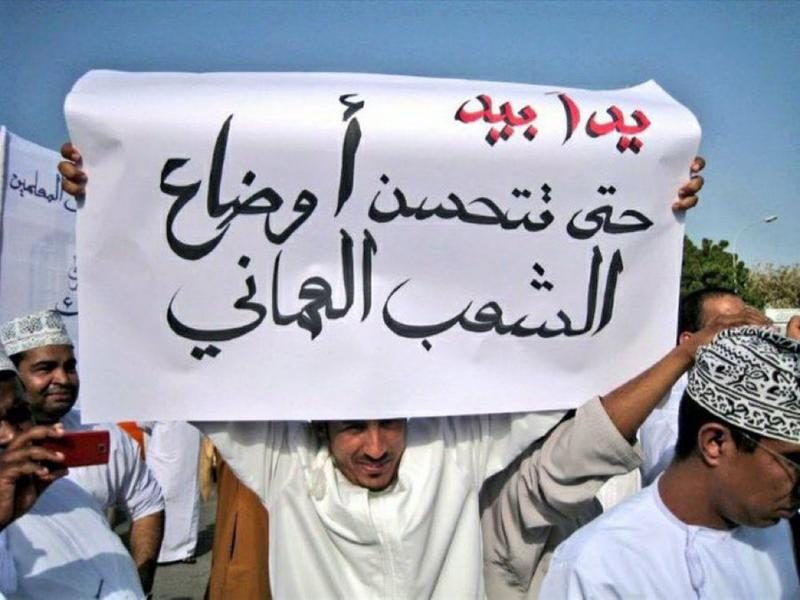 Omani security forces Sunday dispersed and arrested a number of citizens protesting against job layoff and hard economic conditions, in the first major unrest since the ascendance to the throne of incumbent Sultan Haitham bin Tariq in January 2020.
Protests over jobs broke out in several cities of the Sultanate, reports say. Social media video showed Sunday Omani protesters in the north of the country can be seen fleeing as tear gas canisters fell around them on the streets near the labor ministry, Middle East Eye, MEE, reports.
Another video shows a convoy of armored vehicles on what appears to be the highway in Sohar, the London-based media notes.
Riot police reportedly made the arrest of an undetermined number of protesters in Salalah in the sultanate’s southern Dohar governorate. The demonstrations are the first major unrest facing the new ruler after the death of the long-ruling Sultan Qaboos bin Said. State media on Monday referred to employment as “among the most important priorities” of Sultan Haitham, AP reports.
The Gulf country’s economy contracted by 6.4 per cent in 2020, according to the International Monetary Fund, with the coronavirus crisis and low oil prices putting a strain on the state’s coffers. It owes billions of dollars in the form of loans to lenders including from China.