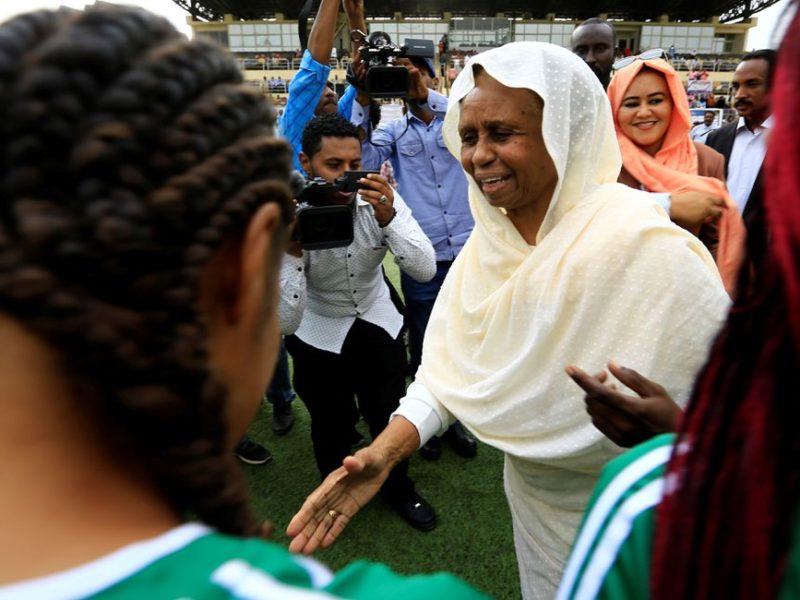 One of the two women members of the Sovereign Council – the body that is leading the transition in the country – has resigned. Aisha Moussa El Saeed denounced the sidelining of civilians within the institutions.
Sudan’s 14-member sovereign council – both civilian and military – is headed by General Abdel Fattah al-Burhan. Its members were sworn in in August 2019.
Aisha Moussa Saeed, an English teacher and activist, has been among the most critical of the military regime led by General al-Burhan. At a press conference this weekend, she said she tendered her resignation after two protesters died on May 11, ten days ago… They were commemorating the bloody dispersal of a rally that led to the fall of former president Omar al-Bashir two years ago. The crackdown also left around thirty people injured. Sudanese Prime Minister Abdalla Hamdok denounced the crackdown on the rally.
“We believed that I and my colleagues could redress the situation and heal the deep wounds of an exhausted people; that we could resolve the differences between the parties and continue to call for change in earnest.
But we can no longer ignore the fact that our views are being ignored and our prerogatives violated. At all levels of power – our presence as civilians has been reduced to mere execution.
We do not participate in the decision-making process and only implement decisions that have already been made in advance. ”
Aisha Musa regrets that the investigation into the dispersal of this sit in (of May 11, 2019) has not been finalized: 130 demonstrators died during this violence according to human rights organizations. And General Hemeti, number two of the transition, is implicated in the repression