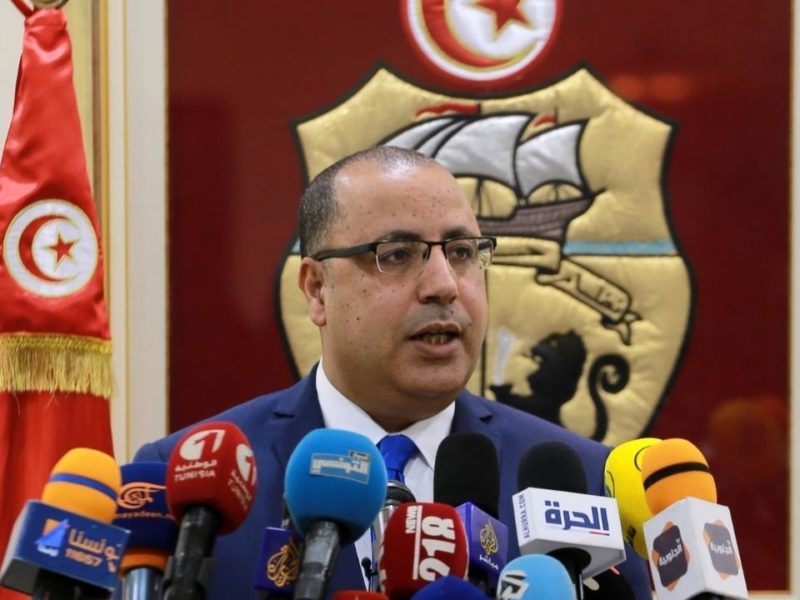 Tunisian Prime Minister Hichem Mechichi Thursday told a cabinet session that the North African country will play an important role in the reconstruction of its eastern neighbor ravaged by several years of internal fighting sponsored by foreign countries.
Speaking at the session focused on the cooperation between the two countries, Mechichi, Webdo Tunis reports, stressed the close and harmonious relations that link the two countries at the official level but also in trade, investment and cooperation between structures, institutions and businessmen of the public and private sectors in Tunisia and Libya.
“In addition to the fraternal, social and historical neighborly relations with Libya, Tunisia, within the framework of its economic, trade and investment relations, works to support and strengthen joint cooperation and create a promising economic movement that will bring mutual benefits and open up new development prospects in both countries,” he added.
The head of the Tunisian government also called for the need both countries to develop cooperation agreements and open new horizons for economic transactions to include promising areas of joint cooperation, through much anticipated high-level visits aimed at strengthening cooperation, the online media reports.
Libya destroyed by 10 years of internal fighting between factions following removal of former leader Muammar Gaddafi in a NATO-backed revolution, has been endowed this year with an interim central government.
Government of National Unity (GNU), tasked to lead the oil-rich African country until December when Libyan people will elect a new central authority. Tunisia played a key role in the establishment of the GNU as it hosted in January the Libyan Political Dialogue Forum whose delegates elected the heads of the GNU and the Presidential Council.