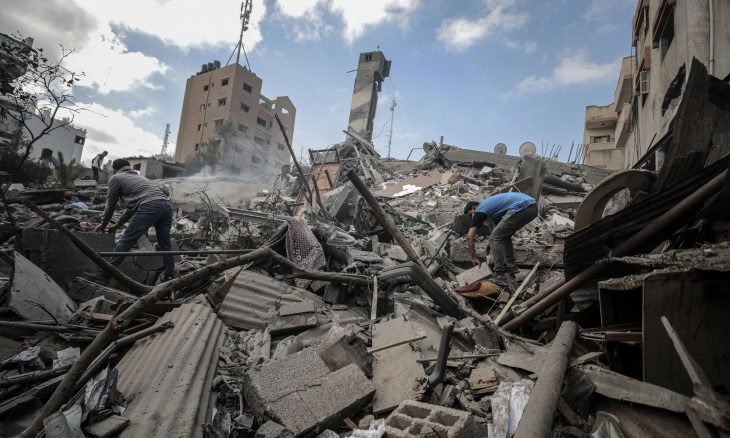 Egypt Tuesday vowed to allocate $500 million for the reconstruction of Gaza, ravaged by the Israeli air power amid the ongoing new conflict.

The presidential office said in a statement issued Tuesday that Egyptian construction companies will rebuild the damaged infrastructures, The New Arab reported.

“Egypt will provide $500 million… for the reconstruction process in the Gaza Strip as a result of recent events, with expert Egyptian construction companies implementing the rebuilding,” the statement said.

A new conflict has broken out since May 10 between Israel and the Palestinian enclave of Gaza. Over 212 Palestinians have died in Israeli multiple airstrikes which also hit a building hosting international media offices, including those of Al Jazeera and AP.

More than 10 Israelis have also lost their lives in missile attacks by the Palestinian resistance movements in reaction to violence by Israeli security forces and citizens against Palestinians and the planned expulsion of dozens of Palestinian families from their homes in Israeli-annexed east Jerusalem.

Egypt, a key ally of Gaza ruler, Hamas, has sought to broker a ceasefire between the two sides.

Aside from the reconstruction pledge, the Arab country has also provided medical support to Palestinian victims in the conflict.

On Sunday, it reopened the Rafah crossing, the only exit not controlled by Israel, to allow injured Gazans to be treated in Egyptian hospitals.

Tuesday, 26 trucks of food had been sent to Gaza, with 50 ambulances ready to transport the wounded, the London-based media reports.

Part of the Moroccan emergency humanitarian aid dispatched to the Palestinians, at the instructions of King Mohammed VI, was also delivered Wednesday to the Gaza Strip via the Rafah border crossing.

The Egyptian government also pledged to make space in 11 hospitals nationwide at a capacity of over 1,800 beds.

Over 1,400 Gazans including children have been wounded so far in the nine-day conflict according to Hamas ministry of Health.