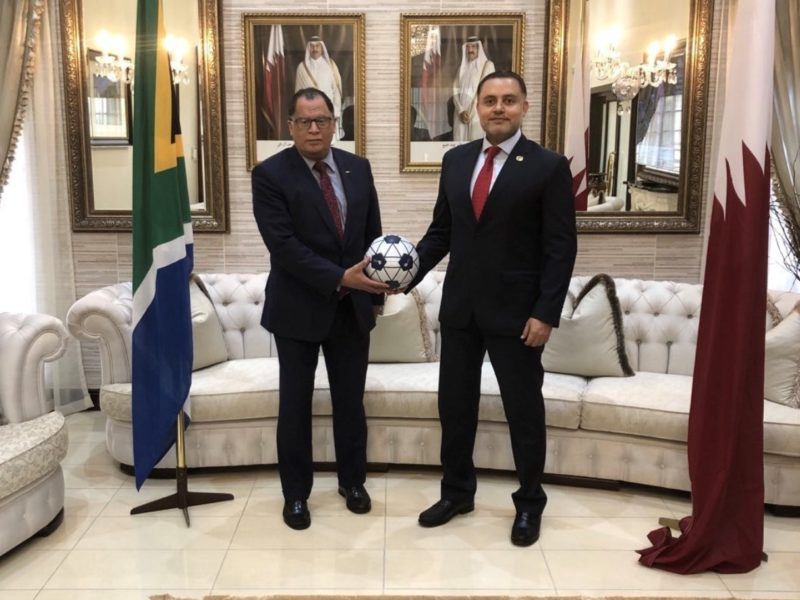 Qatar and South Africa will sign 26 agreements spanning several areas including trade this years as both countries seek to boost their bilateral relations, The Peninsula Qatar reports citing the Gulf country’s envoy to the African country.
“There are about 26 agreements and areas of cooperation between the two countries that will be signed during the fifth round of political consultations,” Tariq Ali Faraj Al Ansari told Qatar Radio recently.
“Among these agreements is an understanding between the South Africa Chamber, the Qatari Businessmen Association, and the Qatar Chamber, about establishing a joint businessmen council to enhance trade exchange between the two countries and overcome import and export obstacles and others,” Al Ansari said.
Trade volume between the two countries over the five past years stood at $2 billion. The two countries will hold the fifth bilateral consultation this year at the level of foreign ministers with talks focusing on important economic issues namely economic diversification.
Faizel Moosa, the South African ambassador to the Gulf country, Qatari also noted, recently indicated that there are plans to negotiate with Qatar Airways to increase its cargo aircraft operations to facilitate more goods.
The volume of trade between the two countries between 2019 and 2020 shot up by 150 per cent.