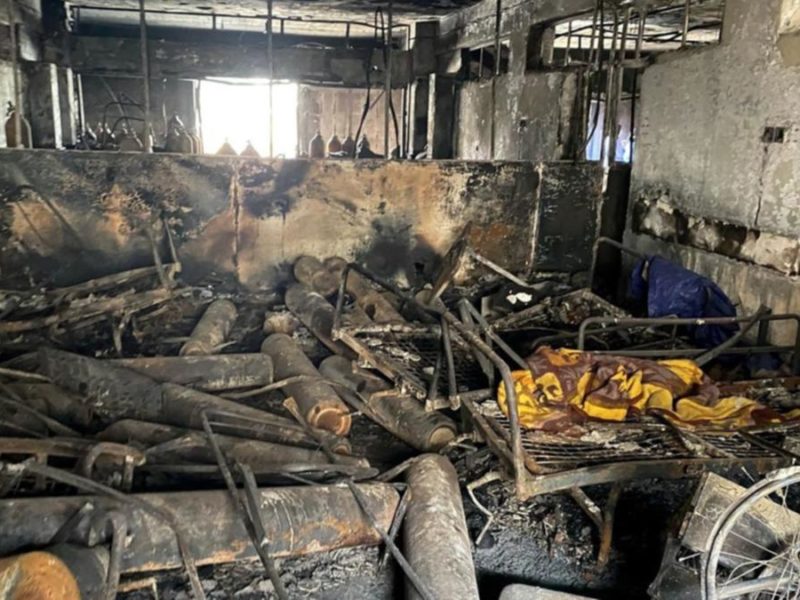 Iraqi Health minister Hassan al-Tamimi resigned Tuesday following his suspension in the wake of last month’s deadly fire which killed 130 people, including Covid-19 patients in a hospital in capital Baghdad.
Al-Tamimi, reports say, submitted his resignation to Prime Minister Mustafa al-Kadhimi who accepted it.
The resignation came following an investigation committee, tasked to look into the fire incident, submitted its report to the Council of Ministers for voting, reports notes.
The committee recommended ending of al Tamimi’s functions and dismissal of the director of Ibn al-Khatib Hospital, his deputy, the civil defense officer and the Rusafa district health director.
A fire caused by the explosion of oxygen tanks at Ibn al-Khatib Hospital on April 24, caused the death of 130 people most of whom were covid-19 patients.
An emergency cabinet meeting suspended al-Tamimi and tasked the interior minister to investigate the tragedy.