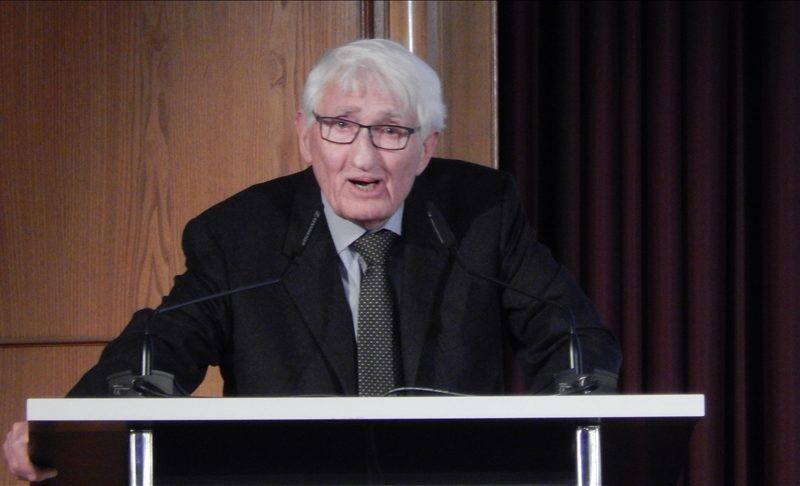 German philosopher Jurgen Habermas rejected a literary award by the United Arab Emirates (UAE) Sunday over human rights concerns in the Gulf country after the media in the European country stood against the prize, Anadolu news agency reports.
“I announced that I would accept this year’s Sheikh Zayed Book Award. It was a wrong decision, which I correct hereby,” he said in a statement shared with the Spiegel Online news website.
“I didn’t sufficiently make clear to myself the very close connection of the institution, which awards these prizes in Abu Dhabi, with the existing political system there,” he added.
The German thinker had been awarded the ‘Cultural Personality of the Year’ 2021. The prize one of the most important categories at the Sheikh Zayed Book Award and honors a prominent Arab or international figure, or organization, for their contribution to the advancement of Arabic culture.
Following his rejection, the award committee issued a statement noting it accepted the 91-year-old’s U-turn.
“The Sheikh Zayed Book Award expresses its regret for Mr. Jurgen Habermas’ decision to retract his acceptance of the award but respects it. The award embodies the values of tolerance, knowledge and creativity while building bridges between cultures and will continue to fulfill this mission.”