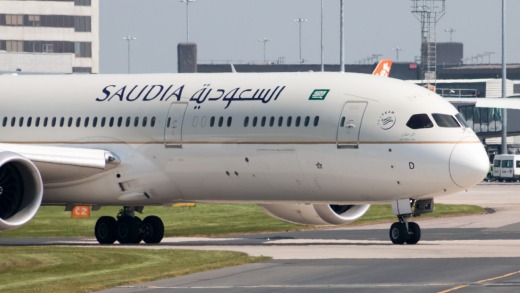 Saudi Arabia has released a list of 20 countries including Germany and the U.S whose citizens will be banned from traveling to the kingdom which is set to be re-opened for international flights from May 17.
The kingdom’s national carrier, Saudi Arabian Airlines, in a statement it will fly international flights from May 17 after several months of hiatus due to the pandemic.
The airline however notes that 20 countries are not concerned by the resumption. The countries are Argentina, the UAE, Germany, the US, Indonesia, India, Japan, Ireland, Italy, Pakistan, Brazil, Portugal, the UK, Turkey, South Africa, Sweden, Swiss Confederation, France, Lebanon, and Egypt.
The above countries have been facing the ban since February owing to increase in covid-19 cases in respective countries.
The airline also indicated that the decision those coming from other countries if they had passed through any of the above mentioned 20 countries during the 14 days preceding their application to enter the kingdom, Trade Arabia reports.