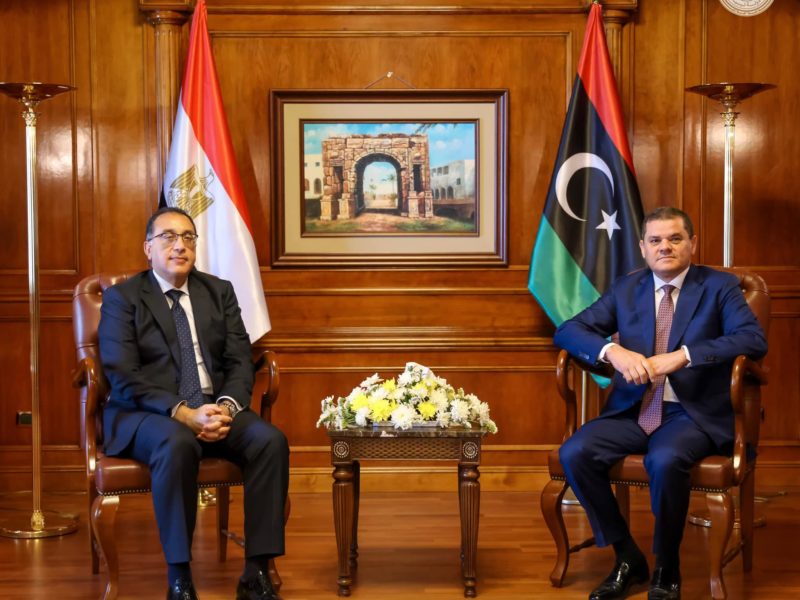 Egypt’s Prime Minister Mostafa Madbouly paid a state visit to his Libyan counterpart Tuesday in a move to renew relations between the two countries, reports say.
During the visit, Madbouly and Abdul Hamid Dbeibah, head of the Libyan National Government (GNU) held talks on several areas including the reopening of the Egyptian embassy, enhancing the services provided by the consular offices, and facilitating the crossing and movement procedures for citizens from both countries, Libya Observer reports.
They also touched on ways to stimulate trade between the two countries by activating the maritime line and resuming direct flights, insisting that these steps are instrumental for expanding cooperation in other fields.
Both sides also inked a number of agreements in in the fields of electricity, communications, infrastructure, technical cooperation and investments.
Madbouly’s visit, is the highest by the Egyptian government. The Arab Republic rekindled ties with Egypt in February with pledged to reopen its embassy in Tripoli closed in 2014 over security concerns.
The renewal of ties comes following the appointment of the GNU and Dbeibah’s choice in February as Libya’s Prime Minister during the UN-backed Libyan Political Dialogue Forum attended by 75 delegates stemming various tribes of the oil-rich country.