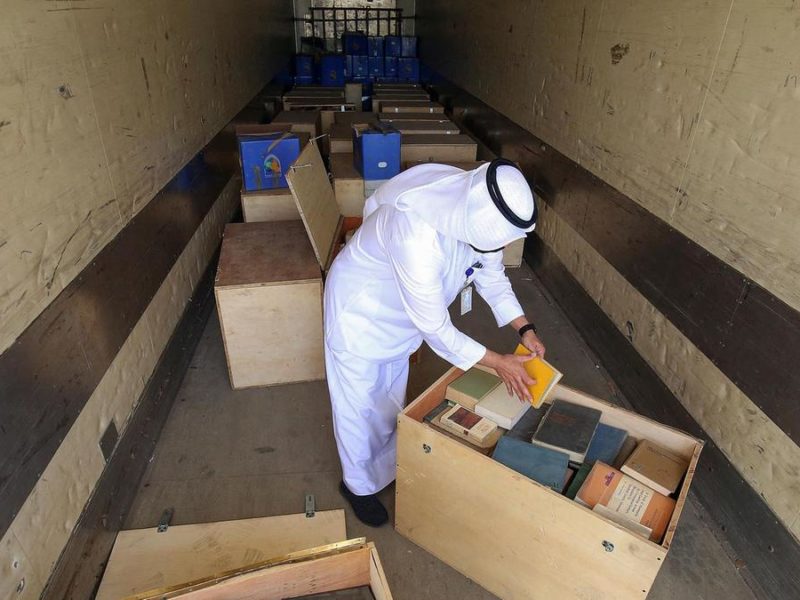 Kuwait welcomed Sunday a shipment of tons of documents and other items stolen during the country’s invasion in 1990 by Iraq’s former leader Saddam Hussein, The New Arab reports.
The shipment, eight tons, contained archives from Kuwait University, the information ministry and other institutions, the London-based news outlet notes, citing Kuwait’s assistant foreign minister Nasser al-Hain.
“We look forward to more cooperation and, God willing, there will soon be additional steps to complete the handover,” Hain said during a ceremony marking the occasion in Kuwait City.
Qahtan al-Janabi, from Iraq’s foreign ministry, reportedly said his country had previously received a list of missing items from Kuwait and “based on that, the handover is taking place”.
The shipment is the third that Kuwait has received since 2019 from Baghdad, The New Arab notes citing officials from both countries.
Saddam Hussein led troops to overrun the neighboring Gulf country on August 2, 1990. The Iraqi soldiers occupied the oil-rich country for seven months but were later flashed out by US forces amid global condemnation.
Iraqi has paid around $50 billion in the last three decades in reparations, but asked for extension for the final $3.8 billion owing due to the difficult financial and fiscal situation.