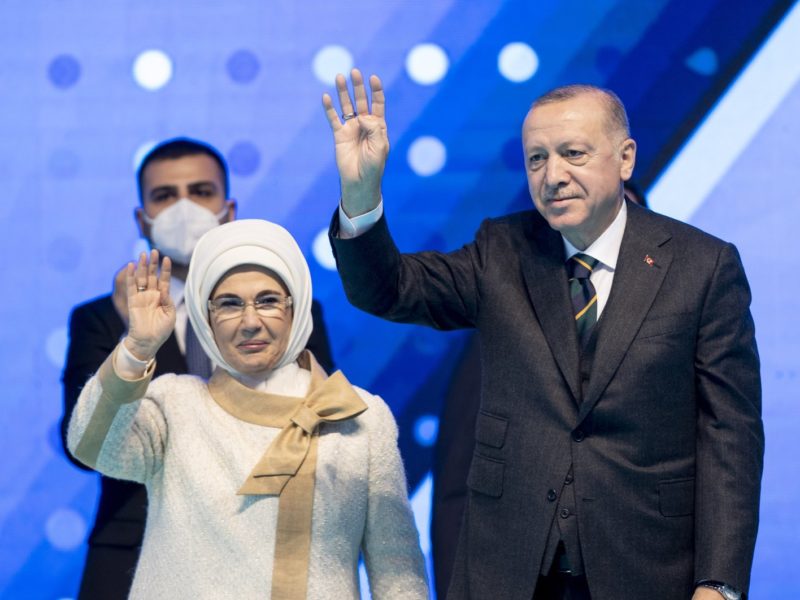 Turkish President Recep Tayyip Erdogan was elected Wednesday for the seventh time leader of the ruling Justice and Development (AKP) Party in the build-up to 2023 elections.
Erdogan was nominated the party top leaders for the seventh congress of the party’s 7th Ordinary Grand Congress held in capital Ankara.
The Turkish leader, Ali Ihsan Yavuz, the party’s deputy chair, received 1,428 out of 1,431 ballots. Three ballots were reported spoiled.
“I wish from Allah that our congress will be beneficial for our country, nation, and party. I would like to thank each and every one of you for deeming me worthy of the chairmanship once again,” Erdogan told party members after the vote.
He has represented the party in power since 2002 for the 2023 elections.
AK Party took part in six general elections – in 2002, 2007, 2011 and June 2015, including the November snap elections in 2015 and 2018.
Voters also during Wednesday’s congress elected a new board. Numan Kurtulmus and Binali Yildirim became the deputy chairmen of the AK Party, while Omer Celik was re-elected the party’s spokesman, state-run news agency Anadolu notes.
Fatih Sahin will serve in AK Party’s Central Executive Board as the secretary-general and Hayati Yazici became the director for the party’s political and legal affairs, the agency further notes.