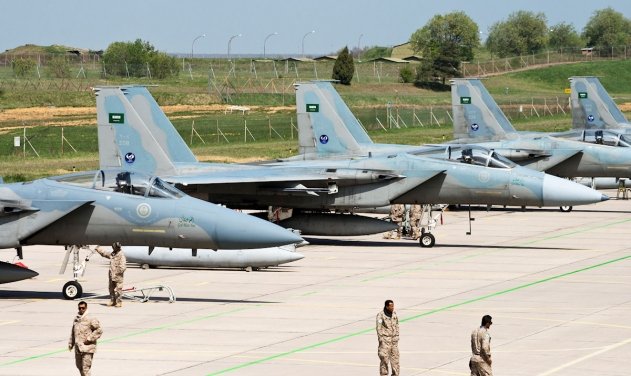 Saudi Arabia and Greece are set to hold joint military exercises this month as the kingdom’s forces arrived in the European country.
Six Royal Saudi Air Force F-15s, Anadolu news agency reports citing a Hellenic National Defense General Staff statement arrived Sunday on the Greek island of Crete this weekend as part of military cooperation between the two countries.
The Saudi forces were welcomed by Saudi Ambassador to Greece Saad bin Abdulrahman Al-Ammar and other officials.
Both countries according to the statement will hold this month a joint drill Eastern Mediterranean in view of training in complex air operations such as achieving air superiority/supremacy as well as protection and attack on land and sea targets. The two countries through the exercise will work for peace and stability in the region, said Hellenic Chief of General Staff Gen. Konstantinos Floros on Twitter.
The United States, France and the United Arab Emirates are also scheduled to take part in the exercises.