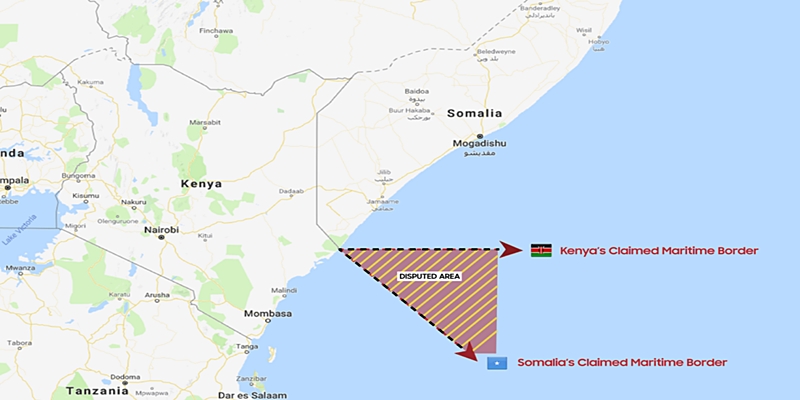 Kenya and Somalia will be before the International Court of Justice in The Hague this Monday for ten days. At stake is the delimitation of their maritime border, while important natural resources are found in the sea.
For Somalia, its maritime border with Kenya follows the line of the land border, running southeast into the ocean. For Kenya, on the other hand, its border with Somalia follows a horizontal latitude from west to east. In the triangle between the two routes, there are 100,000 km² of maritime territory and at least three underwater blocks containing oil and gas, as well as very rich fish stocks. It is therefore a major economic issue for both countries.
The legal battle has been going on for almost seven years. It was initiated by Somalia: on August 28, 2014, it filed what is called a “proceeding” against Kenya at the International Court of Justice in The Hague over a “maritime delimitation dispute in the Indian Ocean.”
All sorts of procedural steps have followed. But as of this Monday afternoon, the lawyers of each country will finally be able to plead, in turn: first Somalia, then Kenya. Then each country will have the opportunity to respond to the other’s objections. The Court’s decision – without appeal – will be rendered later.