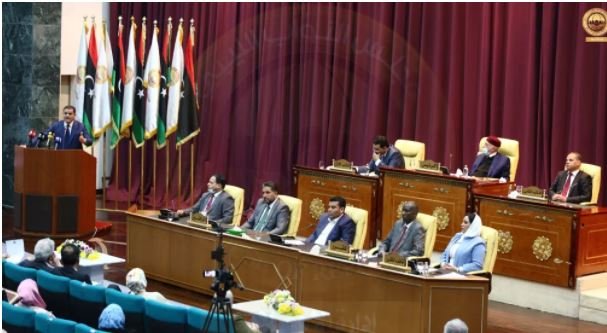 After two days of intense debate, the house of representatives (HoR) has approved the transitional government headed by 61-year-old businessman Abdel Hamid Dbeibah. The vote took place on Wednesday, March 10 in Sirte.

It was hailed as “historic” for a cabinet born out of a UN-sponsored process that will help lead the country out of chaos and into elections later this year.

Abdel Hamid Dbeibah and his cabinet members will be sworn in on Monday, March 15 in Benghazi, according to local media.

As soon as he received the confidence of Parliament, the new Libyan Prime Minister Abdel Hamid Dbeibah, appointed after a political process supervised by the United Nations, reiterated his promises: to reunify the country and its institutions, to listen to all citizens suffering from the catastrophic economic situation, to take care of the development of the regions in an equitable manner, and to make every effort to organize general elections at the end of the year.

He was applauded several times by the parliamentarians after he managed to get more than 120 votes in favor out of 132 MPs present. The interim government formation has taken into account the balance between competence and regional representation so that it is representative of the whole country.

This government, in which a woman, for the first time in Libya, will head the Ministry of Foreign Affairs, will be operational until December 24, the expected date of the general elections. It will remain in place until the installation of a government resulting from the elections.