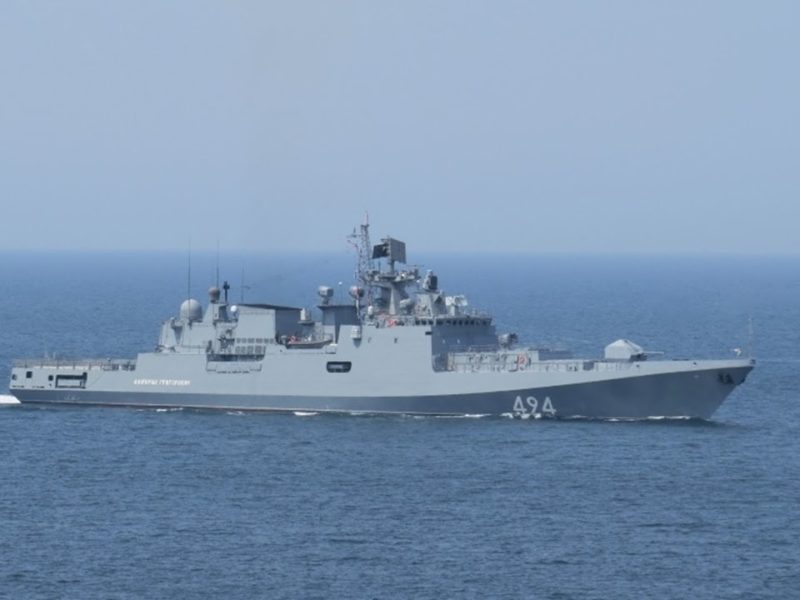 A Russian warship has entered a Sudanese port in a strong sign ahead of the construction in the African country of the first Russian military base in Africa.
Admiral Grigorovich, reportedly docked at Port Sudan Sunday, becoming therefore the first Russian military vessel to arrive in the African country.
The arrival followed a May 2019 deal between the two countries concerning military and civilian nuclear cooperation, which is set to last seven years.
November last year, President Vladmir Putin approved Moscow’s plan to establish a naval base on the shores of the Red Sea in Sudan.
Also approved by Khartoum, the future facility will house 300 military and civilian personnel, as well as four ships – including nuclear-powered vessels.
The contract will last 25 years and be subject to renewal if both parties agree.
Russia, under the deal, will also transport weapons, ammunition and equipment via Sudan’s ports and airports.