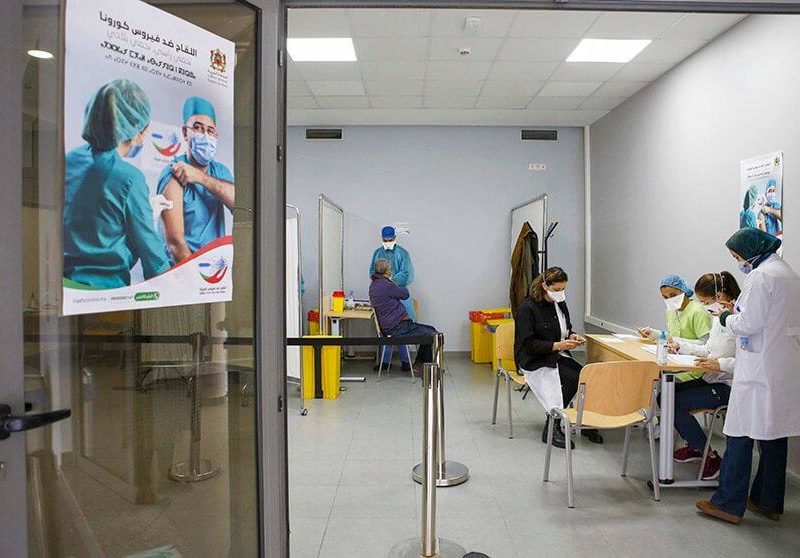 The correspondent in Tangier of German Die Welt paper, Alfred Hackensberger, has published an article on the successful unfolding of the vaccination campaign underway in Morocco, describing the Kingdom as the champion in North Africa.

While Germany and other European countries slide through the second wave in lockdown, Morocco is well on the way to vaccinate itself out of the crisis, writes the German Die Welt paper, highlighting Morocco’s “exemplary management of the vaccination campaign” against the Covid-19 virus, stressing that the Kingdom has overtaken Germany in terms of vaccination.

The author noted, with supporting figures, that Morocco administered an average of 173,920 doses per day against only 126,806 doses in Germany.

“Now Morocco is a big step ahead of Europe. Once again, this has to be said, because the kingdom did a lot better than its European neighbors during the pandemic.”

The journalist who visited the King Fahd Health Center in Tangier, among others, hailed the whole organization of the immunization process, the great rush of citizens to the vaccination centers, the perfect handling of the medical staff, and how citizens can get a vaccination appointment simply by sending an SMS.

While Europe is stranded in a second wave of confinement, the North African Kingdom is on track to get vaccinated out of the crisis and life in Morocco is almost as before.

The journalist also referred to the declining number of new cases and fatalities recorded in Morocco. “500 new infections and a dozen deaths, these are figures that will make Germany and many other countries in the European Union jealous,” Hackensberger wrote.

As to the reasons behind Morocco’s success, the journalist listed a clear strategy, temporary isolation measures, as well as a high level of public confidence. All this has enabled the Kingdom to overcome the second wave of the pandemic.

He also quoted Hicham Sbai, professor at the School of Medicine of Tangier, saying, when asked about the success of Morocco, that this success is explained by the swift and anticipated reaction of the Kingdom and a strategy involving all institutions and all stakeholders at national and regional level.

Several media in Europe, which is dragging behind in terms of vaccination, have praised Morocco’s performance.

The vaccination campaign in Morocco was launched on Jan.28 and as of Feb.24 nearly 3 million people have received their first dose of the COVID-19 vaccine while the second dose was administered so far to 37,310 people.