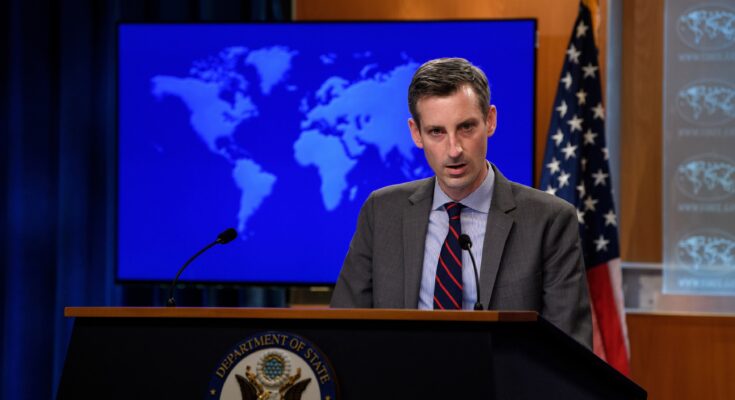 The United States, under the administration of President Joe Biden, maintains unchanged its position on the Moroccan Sahara issue and continues to “support the UN process to implement a just and lasting solution to this longstanding dispute in Morocco.”

The remarks were made by the US State Department’s spokesman, Ned Price, during the daily press briefing Monday.

To a question on whether there is an update on the Sahara issue, Mr. Price said: “No. No update …at the moment”.

“I think what we have said broadly still applies.”

“Nothing has changed with regard to the examination by the new Administration of the policies and decisions of the previous Administration”, insisted Ned Price, who also welcomed the new steps Morocco is taking to improve relations with Israel”, added the spokesperson for the State Department.

“The Morocco-Israel relationship will have long-term benefits for both countries,” he said.

He stated further that the United States will continue “to support the work of MINURSO to monitor the ceasefire and prevent violence in the region.”

The spokesman for the US State Department has thus put an end to the gesticulations of the Algerian and polisario media which have multiplied calls on the new US Administration to cancel the decree of the former President Donal Trump, officially recognizing Morocco’s sovereignty over the entire territory of its Sahara.

It is to be recalled that the US State Department is posting on its website Morocco’s undivided map, including the Sahara provinces.