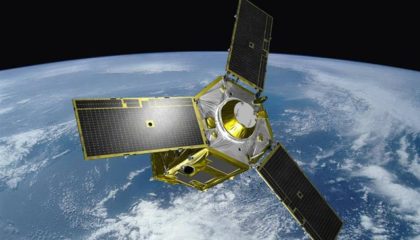 Egypt will launch a satellite in December this year, head of the North African country’s space program has said, Arab News reports.
Mohammed El-Qousi, the Saudi media also notes, said Egypt had an ambitious plan to build space systems and infrastructure, as well as strengthen international space relations, explore space and establish Egyptian space law.
Egypt currently has five satellites in orbit. El-Qousi stressed that Egypt has greater ambition. A second satellite will be launched in 2022 and used to monitor climate change.
A third is expected in September 2022 and used in sensor applications, after the Egyptian Space Agency completes its design in cooperation with China. Egypt according to El-Qousi is also planning in coming years to open a satellite collection and testing center by the end of September 2022 as one of the branches of a space city.
The country is also part of a joint African space program initiative made of Sudan, Ghana, Kenya and Uganda, backed by the African Union.