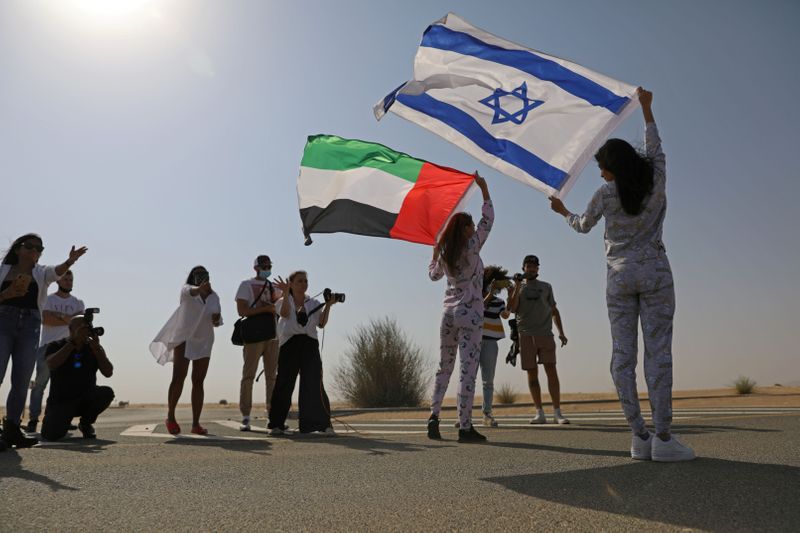 Israel announced on Sunday the opening of its embassy in the United Arab Emirates. Ambassador Eitan Na’eh, who will serve as chargé d’affaires until a permanent ambassador is appointed, arrived in capital Abu Dhabi to open the embassy.

In the coming days, a consulate general will be opened in Dubai, according to the Jerusalem Post.

The Israeli Foreign Ministry, which made the announcement, said the new embassy “will advance the range of relations between the countries in all areas and expand ties with the Emirati government, economic bodies and the private sector, academia, media and more,” the Post added.

Israel and the UAE announced that they are making peace and normalizing ties on August 15 of last year, launching the Abraham Accords sponsored by the United States. Three more Arab countries – Bahrain, Sudan and Morocco – joined the accords in the subsequent months.

The opening of the diplomatic representation follows a series of steps made after the normalization of relations between the two countries: Airlines began operating between the UAE and Israel, and several agreements, mainly economic, have been signed in recent months.

The Israeli Foreign Ministry said that through this diplomatic presence, the aim is to realize the full potential of relations between Abu Dhabi and Tel Aviv. Some of the areas in which the two countries have been working to strengthen their relations are agri-food, tourism and high technology, which includes a leading sector in the Emirates, such as renewable energies like solar energy.

Earlier Sunday, the UAE cabinet approved the decision to open an embassy to Israel in Tel Aviv, but no names or further information has yet been released.

The man chosen to head the Israeli diplomatic delegation, Eitan Naeh, was previously stationed in Turkey, from where he was expelled in 2018 following the breakdown of relations between Ankara and Tel Aviv.