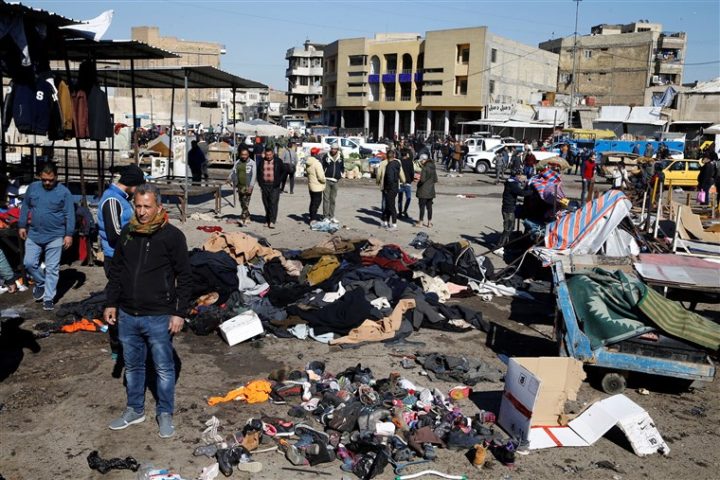 The Iraqi army Sunday pinned the blame of Jan. 21 twin deadly attacks in the capital on two Iraqi nationals – ruling out involvement of foreign terrorists.
Yahya Rasul, the spokesperson of the General Command of the Iraqi Armed Forces, Anadoly news agency reports, told state-run television that the information gathered by the police about the attack shows that the perpetrators were Iraqi nationals.
The army official also indicated that the country’s mountainous regions near Syria’s northeast are still hosting terrorists who enter the country for the Syrian side.
32 people were killed Friday Jan. 21 near al-Tayaran Square after two suicide bombers detonated their belts.
110 other people were wounded in the attack claimed by the Islamic state group (ISIS).