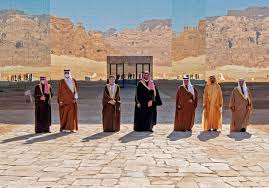 Saudi Arabia, UAE, Bahrain and Egypt in 2017 severed ties with Qatar over Qatar’s alleged terrorism sponsorship and its close relations with Iran.

Early this month, ties between the feuding sides were thawed during the 41th summit of the Gulf Cooperation Council (GCC) held at Al Ula, Saudi Arabia.

The Al Ula agreement signed during the GCC summit will be a strong basis for Gulf and Arab coordination and has laid the foundation for solving all outstanding problems between the countries, Prince Faisal said.

Saudi Arabia, hours ahead of the summit, re-opened its borders with Qatar. Egypt and UAE also re-opened their airspaces to Qatari aircraft.

On Wednesday, the Egyptian Foreign Ministry also announced that Cairo and Doha have exchanged two official memoranda, according to which the two countries agree to resume diplomatic relations, effective January 20.