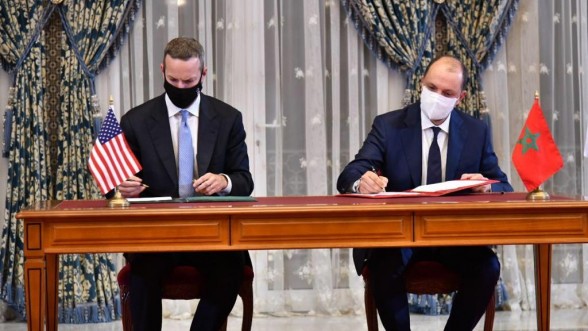 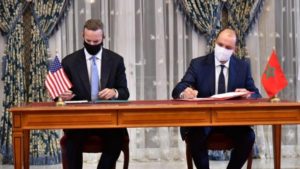 The Kingdom of Morocco and the United States of America signed, on Tuesday in Rabat, two cooperation agreements to promote investments in Morocco and Africa, during the visit of the high-level US-Israeli delegation.

This memorandum of understanding plans to provide financial and technical support to private investment projects, amounting to USD 3 billion, in Morocco and the countries of sub-Saharan Africa, in coordination with Moroccan partners.

The second agreement, signed by Mohcine Jazouli, Minister Delegate for Foreign Affairs, African Cooperation and Moroccans Abroad and Adam Boehler, is a Letter of Intent between the Government of the Kingdom of Morocco and the Government of the United States, represented by the US International Development Finance Corporation regarding the American initiative “Prosper Africa”.

Through this letter of intent, the Moroccan government expresses its support for the American initiative Prosper Africa. A branch of this agency will be opened at the United States Embassy in Rabat to facilitate access to American investors and cooperate together towards Africa.