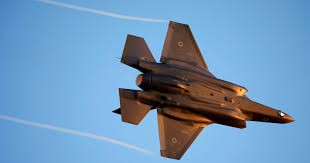 The American Israel Public Affairs Committee (AIPAC) has announced that it does not oppose President Donald Trump’s $23 billion arms deal with the United Arab Emirates, which the US leader called a crucial partner in the fight against terrorists.

The US also reached an agreement with Tel Aviv to ensure that Israel’s Qualitative Military Edge (QME) will not be adversely impacted by the sale.

the Jewish Institute for National Security of America, also endorsed the sale.

The arms deal with the UAE includes products from General Atomics, Lockheed Martin Corp and Raytheon Technologies Corp; more than 14,000 bombs and munitions; and the second-largest sale of US drones to a single country.

However, many US lawmakers and critics said that the administration, in the rush to push the deal through as it brokered the UAE-Israel normalization agreement, provided too little information, not least about the effects on the balance of power in the Middle East. They are also asking what safeguards are in place to ensure that the weapons do not end up in the wrong hands.