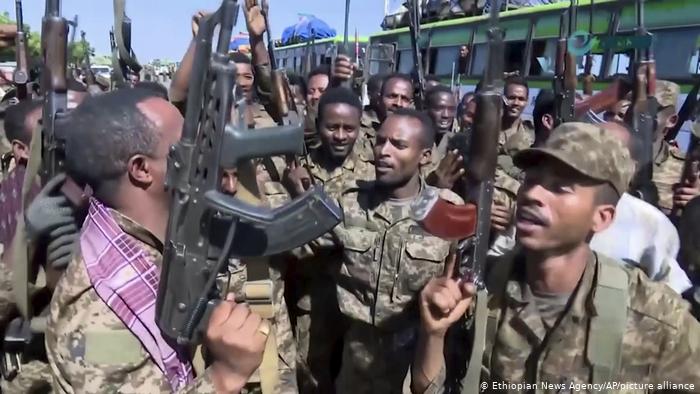 Prime Minister Abiy Ahmed’s ultimatum comes to an end on Wednesday. Humanitarian and political leaders fear a bloodbath as the region is cut off from the world. Diplomats, international institutions and foreign powers are trying to encourage dialogue. But the Ethiopian government is still turning a deaf ear.
It is a clear rejection that Abiy Ahmed has opposed this Wednesday to attempts at mediation. The Ethiopian Prime Minister recalled that a “fundamental element of the international order” was “the principle of non-interference in the internal affairs of sovereign states. Clearly, an end to reject all steps in favour of dialogue.
Abiy Ahmed said he “understands the efforts to help”. But for him, “the international community must stand back until the government submits a request for assistance”.
These words seem to sign in advance the failure of the latest African Union initiative. The institution decided to send three former presidents to Addis Ababa. “Ethiopia does not want mediation. It is a problem. But our objective remains to stop the war because the humanitarian consequences are disastrous,” a source told the AU.
The anxiety is all the greater because today an ultimatum from the federal government asking the TPLF to surrender expires. Ultimatum rejected on Monday by the president of the Tigray region. “The Prime Minister does not understand us. We are a people of principle and ready to die defending our right to manage our homeland,” said Debretsion Gebremichael. The Prime Minister’s attitude on both sides of the conflict has led to fears of a new bloodbath in Mekele.
On Tuesday, the European Union called for humanitarian access to people in need. Brussels demands that international law be applied. But it is the law that Addis Ababa says it wants to restore. In this conflict, all positions seem to be at odds with each other.