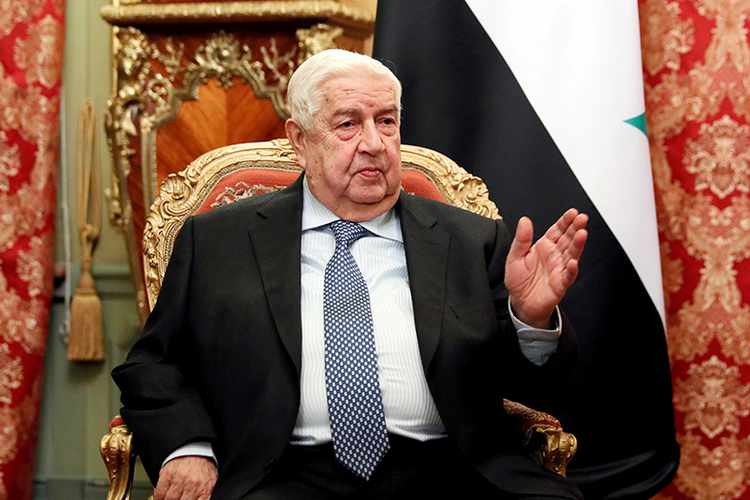 Syria has announced the death of its foreign minister and faithful to embattled President Bashar al-Assad. Walid al-Moalem, 79, according to the Syrian government died today Monday and will be buried later on Monday in Damascus.
The Syrian government did not disclose the cause of death but Moalem reportedly had for years been in poor health with heart problems. The former top diplomat was first appointed foreign minister in 2006 but also held several other positions including Syria’s ambassador to the United States from 1990-1999.
The Damascus-born seasoned diplomat until his death defended the Bashar regime at the international front amid global pressure on President Assad accused of crimes against his own people in the war that has ripped off the country since 2011.
Very critical of the west, Moalem backed Russia, Iran and Lebanese Hezbollah intervention in Syria on the side of the regime against rebels and terrorist groups that Damascus believes are paid and equipped by the United States, some European countries and several Arab countries.