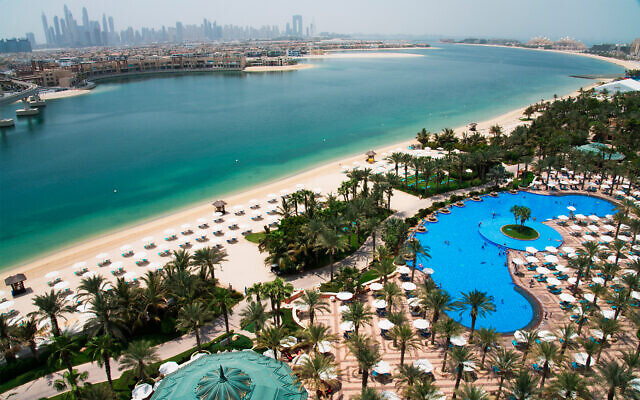 Police in Dubai, UAE, have denied media reports of the arrest of two Israelis arrested Sunday for photographing a government building.
“Dubai Police denied that two Israelis are being detained in Dubai and dismissed the rumours as incorrect,” the police media office said on Twitter. The reaction came following several media reports of the alleged detention of two Israelis. Israel media Israel Hayom newspaper further stressed that it had received information about the arrest from a member of the Jewish community in the Gulf country.
Israel and UAE in September officially established full diplomatic relations that allow citizens of both countries to visit respective nations.
The media reports and the Dubai police statement come as Israeli Prime Minister Benjamin Netanyahu and his cabinet are concerned that Israeli tourists in the UAE will misbehave due to cultural differences.
Times of Israel notes that Netanyahu has advocated the publication of a “code of conduct” of sorts for Israeli tourists about to visit the UAE and make use of the newly signed normalization agreement with the Gulf state.
Foreign Minister Gabi Ashkenazi also according to the Israeli media insisted that a public explanation on how to behave in the UAE was needed since the Emiratis “are very sensitive and Israelis sometimes don’t know how to behave.” The top diplomat also reportedly is wary that Israelis will show their “ugly side” and potentially cause diplomatic damage.
Both countries agreed to launch next month direct flights. UAE’s national carrier Etihad Airways would however start daily flights to Tel Aviv in March next month.