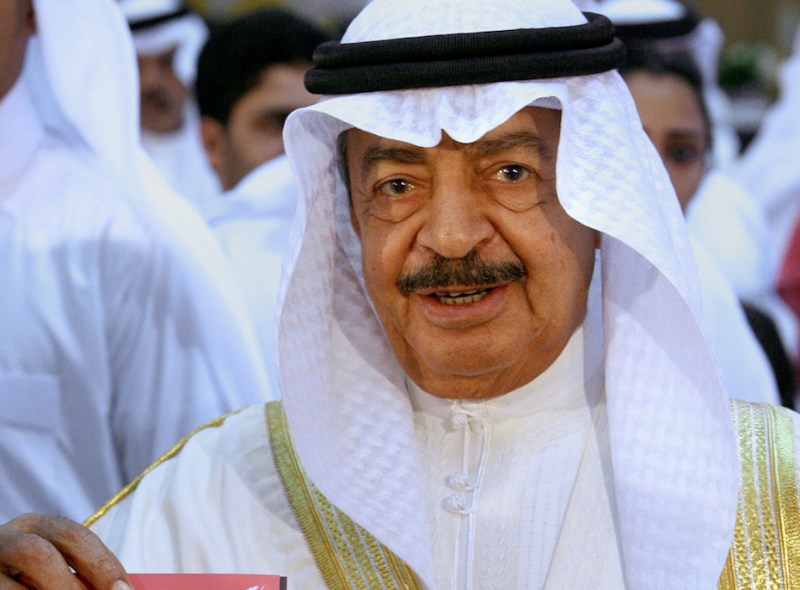 Bahrain’s Premier, Prince Khalifa bin Salman Al Khalifa passed away today Wednesday in the U.S where he had been hospitalized in a clinic. The 84-year old royal died at Mayo Clinic Hospital, in Minnesota, this morning, the country’s state-run news agency reported.
The Gulf country has not revealed the cause of the death. Prince Khalifa has been Prime Minister of the tiny kingdom since 1970, a one year before it gained its independence, on August 15, 1971. He is the paternal uncle of the reigning King Hamad bin Isa Al Khalifa and granduncle of the Crown Prince Salman. The Gulf country will observe a mourning of one week during which flags will be flown at half-mast.
Government ministries and departments according to the agency will be closed for three days starting from Thursday. The burial is scheduled upon the return of the corpse.