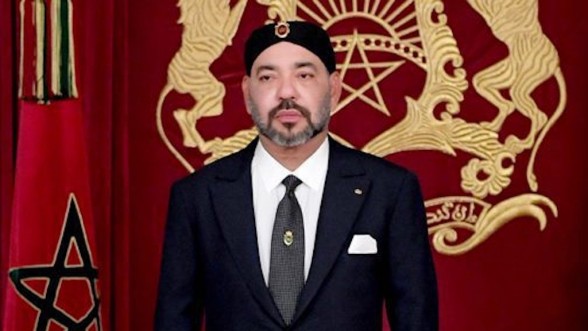 King Mohammed VI rejected in the strongest terms the Polisario provocations in El Guerguerat border crossing in the southernmost tip of the Sahara.

“We categorically reject the unacceptable practices designed to disrupt the normal flow of traffic between Morocco and Mauritania, change the legal and historical status of the territory east of the berm, or illegally exploit the region’s resources,” said the King in a speech on the occasion of the 45th anniversary of the Green March.

While Morocco continues to uphold logic and wisdom, it will also respond, with “the utmost firmness and resolve”, to any practices or attempts designed to undermine the security and stability of its southern provinces, the King made it clear.

“I am confident the United Nations and MINURSO will continue to carry out their duties in terms of preserving the ceasefire in the region,” he said.

The Green March is an ongoing process whereby “we confirm the Moroccanness of the Sahara in the international arena, making its celebration a driver of economic growth at the regional and continental levels,” said the king.

On this occasion, the Monarch shed light on Morocco’s gains at the diplomatic and continental levels, noting that the latest Security Council resolutions have laid to rest outdated, unrealistic approaches and proposals.

The UN resolutions called on the actual participation of the real parties concerned in this regional conflict and have irreversibly endorsed the political solution based on realism and consensus as the path forward.

“This policy is in line with the Moroccan Autonomy Initiative, which is backed by the Security Council and the influential powers as the sole normal course of action for the settlement of this dispute,” said the King.

Morocco’s return to the African Union has freed the African institutional family from the manipulations it had been subjected to for years, said the Sovereign.

“The African Union has now adopted a constructive stance, which consists in providing full support – through the UN Secretary-General and the Security Council – to the United Nations Organization as the sole institution in charge,” he said.

The King also welcomed the diplomatic gains made by Morocco as a number of sister nations have opened consulates general in the cities of Laayun and Dakhla, thereby explicitly and unequivocally recognizing the Moroccanness of the Sahara.

“They are, thus, attesting to the security, stability and prosperity enjoyed by the inhabitants of our southern provinces,” he said.

Meanwhile, the 163 countries or 85% of the UN member states do not recognize the fictitious polisario entity.

“This trend has been further bolstered by the adoption of constructive positions by the global powers through, for example, the conclusion of strategic and economic partnerships that incorporate – without exceptions or reservations – the Kingdom’s southern provinces, which are an indivisible part of the Moroccan territory,” he said.