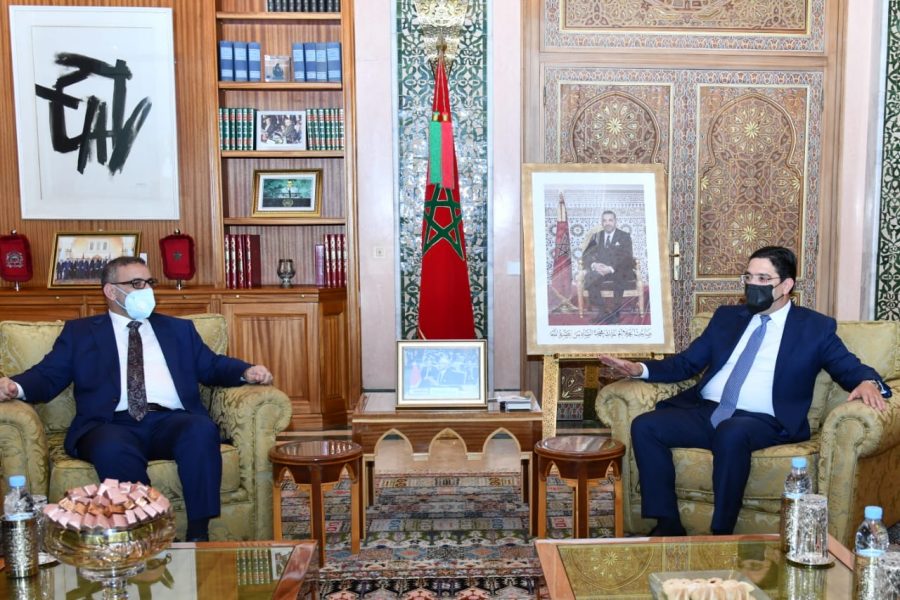 The Skhirate agreement remains the only document of reference for the resolution of the Libyan crisis, said Wednesday in Rabat Chairman of the Libyan High Council of State, Khaled Al Mechri.

It is a constitutional document since it forms part of the constitutional declaration in Libya, Al Mechri told reporters following talks with Minister of Foreign Affairs, African Cooperation and Moroccans Abroad, Nasser Bourita.

The latest UN Security Council resolution considers that the political agreement is a reference, he added.

Al Mechri also said that his visit to Morocco, the fourth of its kind, confirms the positive role played by the Kingdom under the leadership of His Majesty King Mohammed VI as well as its position aimed at reaching a consensus to resolve the Libyan crisis.