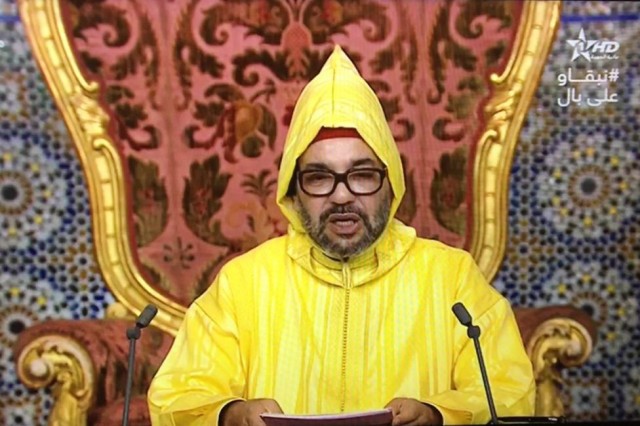 King Mohammed VI has renewed the call to extend social welfare coverage to all Moroccans, as this is part of a far-reaching, unprecedented national project.

In a speech he delivered this Friday, October 9, at the opening of the fall session of the Moroccan Parliament, King Mohammed VI emphasized the importance of generalized social security, presenting a four-step roadmap for the major project.

“As you know, I have always sought to make sure economic progress goes hand in hand with social development and with improved living conditions for citizens. For this reason, I have called for social welfare coverage for all Moroccans,” the King said.

Detailing the four-step roadmap, the Monarch said the first step consists in achieving universal compulsory health coverage for an additional 22 million individuals by the end of 2022, at the latest. It should include the cost of medication, drugs, hospitalization and treatment.

Thirdly, it will be necessary to expand enrolment in a pension scheme for about five million Moroccan workers who do not currently have a retirement plan.

Finally, social security systems must include job loss compensation. The indemnity should benefit Moroccans who used to have a stable job but became unemployed. It would aim to support them through their search for a new job.

King Mohammed VI called on all Moroccan public institutions to work together in order to achieve generalized social security. He also urged Moroccan MPs to play an active role in this major project.

“To this end, there should be broad consultation with all partners, in addition to innovative, efficient steering of this societal project. At some point, a single coordination and supervisory authority in charge of all social welfare schemes will be set up,” the King announced.

King Mohammed VI also reaffirmed the importance of the stimulus plan launched to help the economy recover from the Covid-19 impact, citing an array of measures that have been taken to address multiple dysfunctions revealed by the pandemic.

“What matters most, at this stage, is to be vigilant, commit to preserving the health and safety of citizens, continue supporting the health sector and keep up efforts to boost the economy and enhance social protection,” the King said.

Insisting that tackling this unprecedented health crisis and its economic impact “requires across-the-board mobilization in the country as well as concerted efforts by everyone to rise to the challenge,” the King called on all national institutions and stakeholders, particularly Parliament, to rise to the challenge and to be mindful of people’s aspirations.