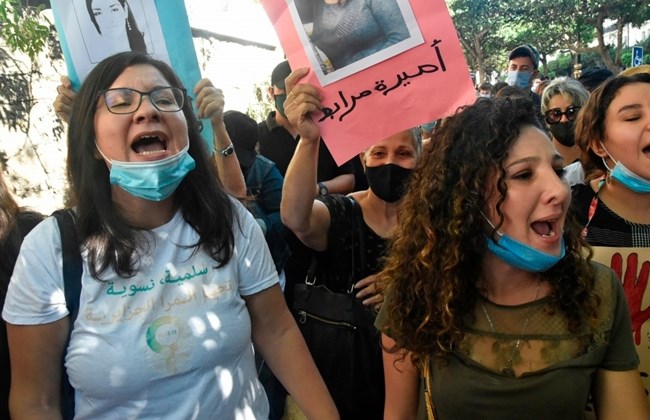 Rallies are held in several Algerian cities to denounce Feminicides. No official figures exist, but the Facebook account Algeria Feminicides, which is doing a work of monitoring on this subject, lists 38 since the beginning of this year. The murder of a young woman, Chaïma, is reviving the mobilization.
Chaïma was 19 years old and was found dead last week in a deserted gas station near Boumerdès, east of Algiers. Local media reports say she was raped, beaten, and then burned alive. According to the prosecutor, a suspect confessed. He is prosecuted for “rape and intentional homicide with premeditation and ambush, using torture.
The death of this young girl provoked strong emotion in Algeria. According to her mother, Chaïma knew her attacker, and had even filed a complaint against him in 2016.
This reinforces the indignation, on social networks, where the hashtag #jesuischaima has appeared. Last Sunday, President Abdelmadjid Tebboune ordered the application of maximum sentences against those responsible for kidnapping people.
The hashtag #jesuischaima case also reopens the debate on the death penalty. A moratorium has been in place in Algeria since 1993, but its challenge is nevertheless dividing society. Last week, the same debate on the application of the death penalty was relaunched in Tunisia. Tunisian President Kaïs Saïed spoke out in favor of executing the alleged murderer of a young woman.
A hundred people, mostly women, even gathered this Thursday morning in Algiers. They were there to express their anger concerning their “murdered sisters”. But they were finally dispersed by the police. Among those mobilized, the journalist and feminist activist Tinhinane Makaci.
There were also other gatherings of organizers in several cities of the country, including Oran where the demonstration was prevented by the forces of law and order. About twenty people were arrested there. On the placards brandished slogans, such as this one: “We dream of a country where women who talk about rape are listened to more than men who talk about the veil”. There are also portraits of victims.