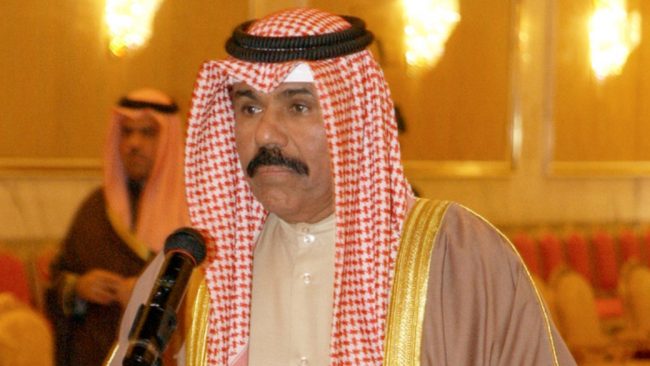 A council of ministers Tuesday named Crown Prince Sheikh Nawaf al-Ahmad al-Jaber al-Sabah the new ruler of the Gulf country after ailing leader Emir Sheikh Sabah al-Ahmad al-Jaber al-Sabah has died.
Kuwait Tuesday announced the death of its leader Emir Sheikh Sabah al-Ahmad al-Jaber al-Sabah. The 91-year old had returned to his Gulf country after flying to the U.S for medical treatment.
Authorities did not disclose the cause of the Emir’s death. Before flying to the U.S on the medical trip, the Emir vested the Crown Prince and who is also his half-brother, with some power to run some specific affairs.
Sheikh Sabah was widely viewed as the architect of modern Kuwait and the man who crafted the country’s international brand as a peacemaker, the region reeling with conflicts.