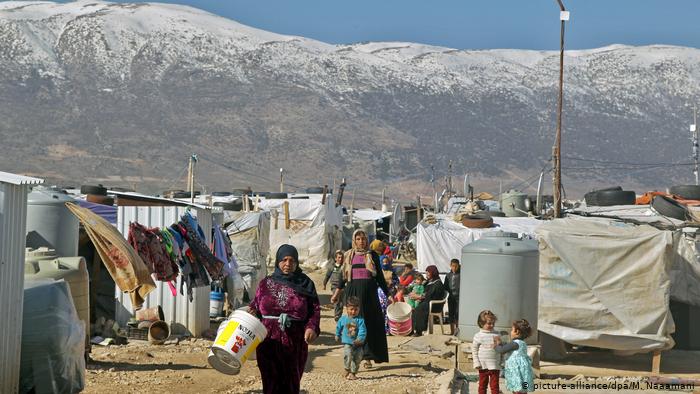 The United States announced on Thursday it would provide more than $720 million in humanitarian assistance for the response to the crisis in Syria.

Deputy Secretary of State Stephen Biegun made the announcement on Syria at an event on the sidelines of the UN General Assembly in New York. He said the money would go “both for Syrians inside the country and for those in desperate need across the region.”

According to thearabweekly.com, Biegun said the additional funds for Syria would bring total US support since the start of the crisis there to more than $12 billion.

A crackdown by Syrian President Bashar Assad on protesters in 2011 led to civil war, with Iran and Russia backing the government and Washington supporting the opposition. Millions have fled Syria and millions have been internally displaced.

In July, the United States imposed new sanctions aimed at cutting off funds to Assad.

Syrian authorities blame Western sanctions for civilian hardship in the country, where a collapse of the currency has led to soaring prices and people struggling to afford food and basic supplies, the news website said.

Washington says its sanctions are not intended to harm the people and do not target humanitarian assistance.

As the eighth year of conflict in Syria winds down, economic losses had exceeded an estimated $442 billion.

This huge figure alone does not reflect the suffering of a population among which 5.6 million people were registered as refugees and 6.4 million as internally displaced; 6.5 million were experiencing food insecurity; and 11.7 million were still in need of at least one form of humanitarian assistance.

The repercussions of the conflict were detailed in the “Syria at War: Eight Years on” report, released this week by the National Agenda for the Future of Syria (NAFS) program of the United Nations Economic and Social Commission for Western Asia (ESCWA), and the Centre for Syrian Studies at the University of St Andrews.

Covering the period 2011-2019, the report reveals that nearly 3 million children inside the country were out of school during the 2017-2018 academic year. The conflict has torn apart the country’s social fabric and caused significant losses in human development, downgrading Syria’s status from medium human development to low human development.

The report shows that 82% of conflict-induced damage was accumulated in seven of the most capital-intensive sectors, namely housing, mining, security, transport, manufacturing, electricity and health. It estimates the value of physical capital destruction at $117.7 billion and the loss in gross domestic product (GDP) at $324.5 billion, thus placing the macroeconomic cost of conflict at about $442.2 billion.

As for trade, the report underlines that Syrian exports witnessed a collapse from $8.7 billion in 2010 to $0.7 billion in 2018, resulting from disrupted production and trade chains.

Infrastructure damage, the restrictive unilateral economic sanctions imposed by the United States and the European Union, and physical, financial and human capital flight out of the country are among the contributing factors to this collapse.

Imports, however, did not witness a comparable fall, which has widened the trade deficit and generated increasing pressure on the value of the Syrian pound.