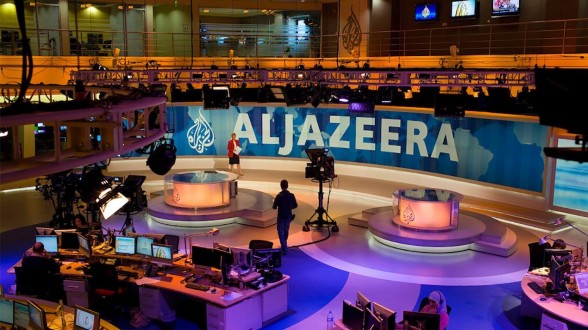 Qatari news network, Al Jazeera, will soon resume operating in Algeria 20 years after authorities shut down the office of the Doha-media.
Algerian authorities reportedly early this week validated a license application from the media. They however rebuffed the renewal of Dubai-based Al Arabiya’s license – meaning the Saudi media is expected to pull out from the North African country.
Algeria officially refused to renew Al Arabiya’s license over UAE-Israel August groundbreaking normalization deal. Algiers and Doha condemned the agreement deemed a stab in the back of Palestinians.
Algeria under the leadership of former President Abdelaziz Bouteflika, friendly with the UAE, closed Al Jazeera office in 2000.
The return of Al Jazeera however critics say has been forced on Algiers by Ankara, Qatar’s main global ally since 2017 after Saudi Arabia, UAE, Egypt and Bahrain cut off their diplomatic relations with Doha and imposed a sea/land/air blockade.
Turkey reportedly is in possession of secret information on the Algerian army which wields a sway on the regime of Abdelmadjid Tebboune, after mining intelligence from retired chief warrant officer and the secretary of late army Chief of Staff Gaïd Salah, Guermit Bounouira during his exile in Turkey from March to July.
Bounouira had been extradited to Algeria and charged with high treason for handing over secret documents to and information to foreign agents.