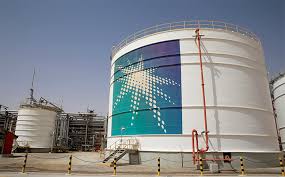 Saudi Arabia’s energy giant has discovered two oil and gas fields in the northern regions of the Gulf country.

The oil field, according to Energy Minister Prince Abdulaziz bin Salman Al-Saud, lies to the south east of the northern city of Arar and flows with a rate of 3,189 barrels per day (bpd) of Arab light crude oil, along with 3.5 million cubic feet of natural gas.

The Saudi official also said the gas field, named Hadabat al Hajara, is found in in Al-Jof region and has production rate of 16 million cubic feet of natural gas, along with 1944 bpd of oil condensate.

Aramco will continue efforts to estimate the total amount of oil and gas in the two fields and is drilling more wells to determine their areas and capacities, Prince Abdulaziz stressed.