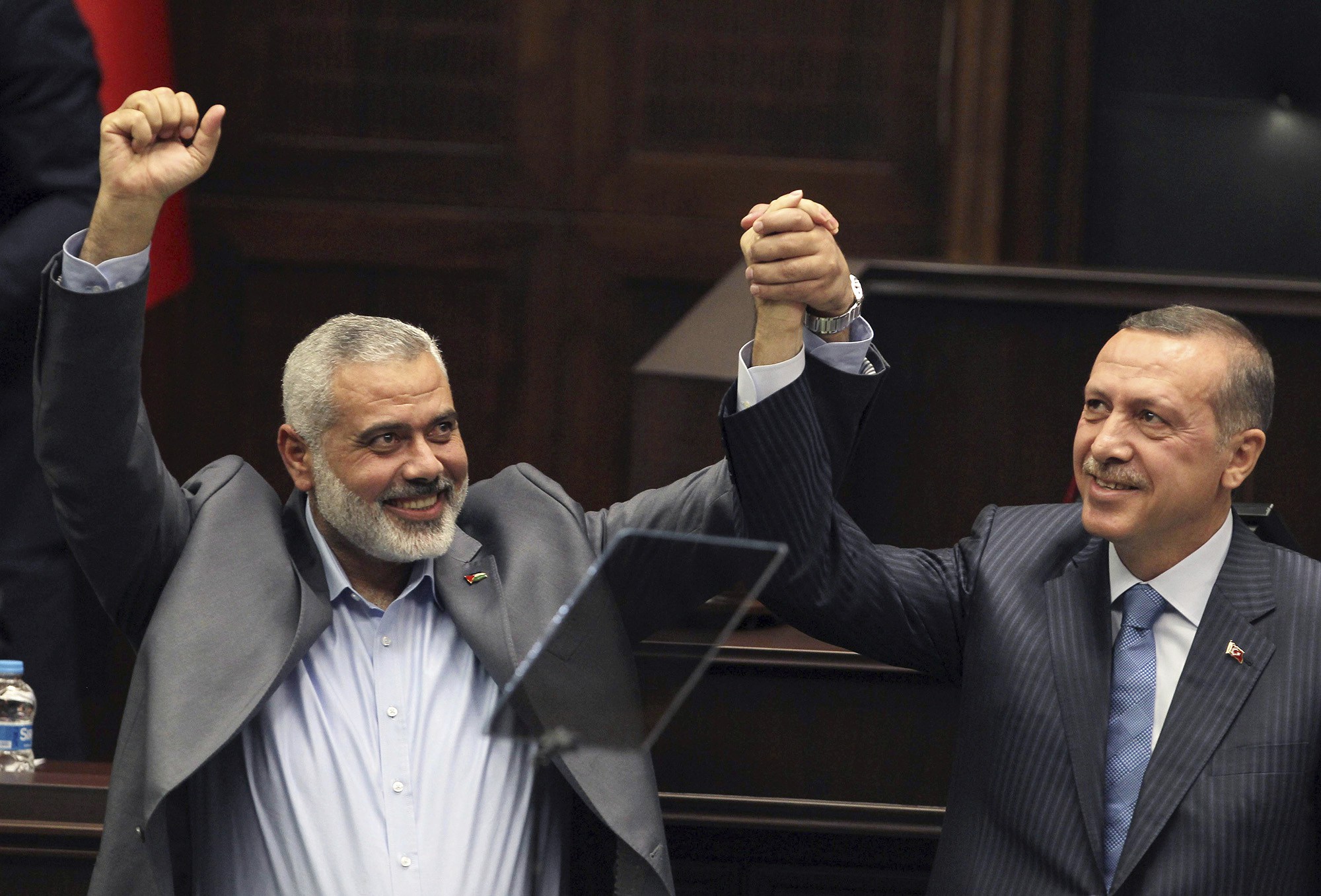 Turkey has called the U.S stop blacklisting “democratic” Palestinian movement Hamas for the sake of peace in the Middle East.
“Declaring the legitimate representative of Hamas, who came to power after winning democratic elections in Gaza and is an important reality of the region, as a terrorist will not be of any contribution to efforts for peace and stability in the region,” Turkey’s Foreign Ministry said in a statement on Tuesday.
The statement came after the US State Department scolded Ankara for hosting Saturday leaders of the Palestinian resistance movement in charge of Gaza.
“President Erdogan’s continued outreach to this terrorist organization only serves to isolate Turkey from the international community, harms the interests of the Palestinian people, and undercuts global efforts to prevent terrorist attacks launched from Gaza,” the Department said in a statement.
“We continue to raise our concerns about the Turkish government’s relationship with Hamas at the highest levels.”
The Turkish foreign ministry, Middle East Monitor (MEMO) reports, also called on its regional influence for a “balanced policy” that will help solve the Israeli-Palestinian conflict, instead of “serving Israel’s interests”.
Hamas which rose to power in the enclave after winning 2006 elections, also condemned the U.S. indicating that its position reflects the “bullying and terrorism” exercised by the American administration. “Hamas is a national movement that is in a freedom struggle against the Israeli occupation and its terrorism,” said Hamas spokesman Hazem Qasem.