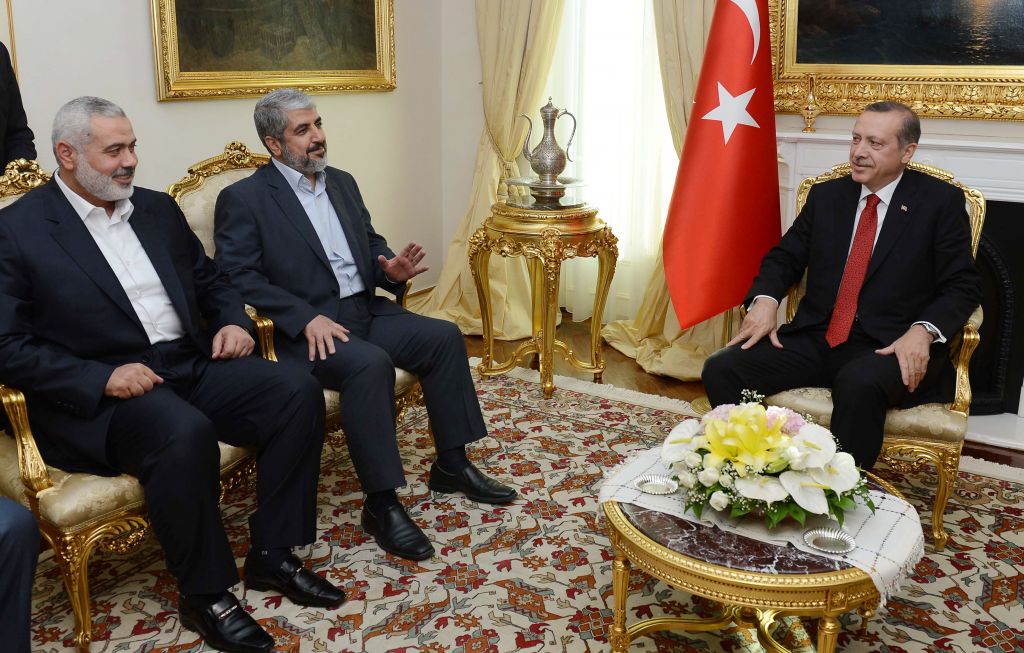 The US State Department has rapped Turkey after President Tayyip Erdogan hosted recently leaders of Hamas, Palestinian resistance movement on US backlist of terror organizations.
“President Erdogan’s continued outreach to this terrorist organization only serves to isolate Turkey from the international community, harms the interests of the Palestinian people, and undercuts global efforts to prevent terrorist attacks launched from Gaza,” the Department said in a statement.
“We continue to raise our concerns about the Turkish government’s relationship with Hamas at the highest levels.”
The reaction came after Ankara Saturday said the Turkish leader received Ismail Haniyeh, head of the Hamas Political Bureau, and an accompanying delegation, Middle East Monitor (MEMO) reports.
According to the State Department, the meeting was the second thus year between Erdogan and leaders of Palestinian movement ruling Gaza enclave sealed by Israel. The first meeting reportedly took place on February 1.
Turkey has emerged as one of the global main backers of the Palestinian cause and resistance to Israel.
The Saturday meeting comes amid condemnations of the Israel and UAE’s historical peace agreement brokered by the U.S on August 13. Ankara vehemently rejected that the deal arguing that it impedes on Palestinian rights.
Turkey and the U.S enjoy good ties but their relations have witnessed in recent years some low moments over few issues including Ankara’s purchase of Russian S-400 defense systems.
Washington in rejection of the purchase, suspended Turkish involvement in its F-35 jet program and threatened sanctions.